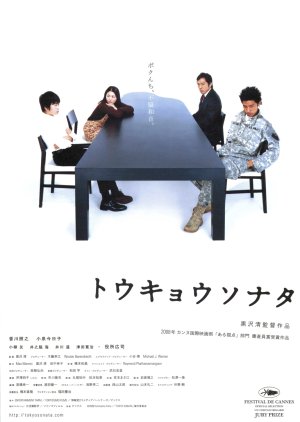 This film will portray a very ordinary family in modern Japan. It starts from a point where lies, suspicion, and a complete breakdown of communication already have established themselves within the family. Edit Translation 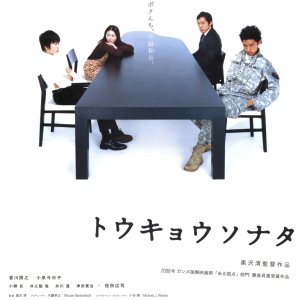 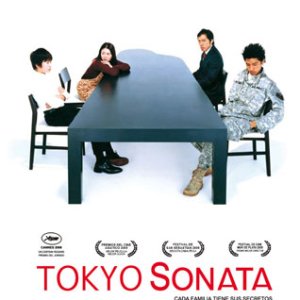 Completed
Jianne
1 people found this review helpful
Other reviews by this user
0
May 11, 2017
Completed 0
Overall 9.0
Story 9.0
Acting/Cast 10
Music 8.0
Rewatch Value 7.0
Kiyoshi Kurosawa steps out of his horror genre niche to create a film that touches on family, one woven with simplicity, with great sentimentality and a narration of domestic reality.

But underlining the conventional image of a family, is a broken bond; each struggling on their own.

Father tries to reinforce his status as the head of the family, always bickering about his authority, his fear of losing face because he can no longer provide of his family.

I will protect you!

Mother tries to be the best housewife. She cooks, she cleans the house, she takes care of the children. But she is trapped. She is drowning. She doesn't have a path. In order to be a mother, it seems like she has thrown away herself.

Kenji is discovering himself. He finds a passion, a dream but is stopped by Father. A dream, crushed before it can be flourish. His wings cut even before they could be spread.

And so a family disintegrates. Because each member it broken. Because each member chooses to sever the bond that connects them as they face their inner struggles. It begs the question: is family really a family when no one is treating is like family? Does having mother, father and children in one house enough to be called family?

With documentary-like narration and raw visuals, Kurosawa creates something so simple and transforms it into something powerful. Kenji, Mother and Father's (and to an extent, Takashi's) are woven out, put side-by-side but with great clarity and balance.

In the end, the way it concludes is simply by coming home after an epiphany—which all changes every one. Perhaps the answer is that we need to fix ourselves first and then we can start fixing our family.

Each narrative is symbolic. Kenji getting caught. Father on an accident. Mother driving away to the beach. Takashi going to a foreign land. Each one represented something for the characters.

Beautiful score. Great performances from all the actors. But the ultimate cherry-on-top is the final piano performance. Playing the whole song makes you feel at peace, beautiful, tranquil.