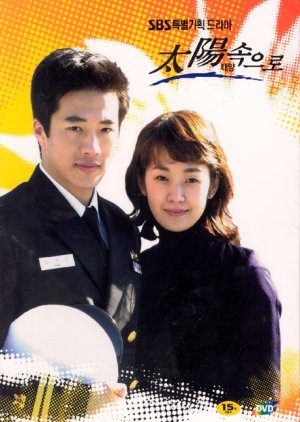 Completed
doragon
3 people found this review helpful
Other reviews by this user
0
Jul 12, 2014
20 of 20 episodes seen
Completed 0
Overall 8.0
Story 7.5
Acting/Cast 8.0
Music 9.0
Rewatch Value 8.0
This drama is one of the earliest korean drama that I watched back in 2005. So, it have nice memories with with me. This drama belong to the old era of korean drama, so the production quality is not as good as now. Some people will have a hard time to digest this old school feeling if you watch it now.

However, this drama is somewhat romantic comedy type. The storyline is simple about a navy (kwon sang woo) which in love with a doctor (myung se bin). He try to do many things to get the love of that doctor who have closed her heart after the death of her fiance. Then, there are so many challenges, twists and turns that awaits them.

The best thing about this drama is the comedy is very funny. I really enjoy all the funny moment by kwon sang woo, his sister, and that guy who in love with his sister.
The emotional scenes also nicely done with a bit of help from soundtrack songs. The lead actress is really good with emotional and sad scene. Kwon sang woo also have done a nice job in emotional scenes eventhough this is his first role as lead actor. This series got quite a good ratings in korea, around 30-35%.
Because of his good acting in this series, he got casted in popular melodrama, stairway to heaven after that, and the series later shoot him into stardom.

The Ost is good with some sad songs, some happy music and inspiring songs whenever lead actor in his duty as navy.


As overall, I will say that this series is very nice old school romantic-comedy.
Fans of kwon sang woo should watch this because this is his first lead role in drama.
People who like romantic comedy and did not care whether it is old or not, should watch this.
I remind you, this is a 2003 production, so, don't expect something extravagant like korean drama nowadays.

This is MV made by me. not perfect. just trying to do it because there is none.
http://www.youtube.com/watch?v=fkl7XardPy0