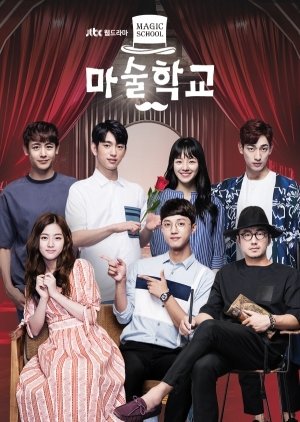 Lee Na Ra has been single his whole life and his goal is to live a normal life, Jay is a genius magician, Jun is a medical resident who was adopted to a family in America, and Lee Seong is the youngest doctor in astrophysics. These four men are as different as four people can be and go to magic school for different reasons. One of them wants to tell a girl about his feelings for her, one is chasing after his brother’s dream, one just wants to help people, and one is there to deny the things he can’t understand. These young men are lost in this era, where discussing dreams has become a luxury. They experience things that were least expected and face magical moments hidden in their daily lives. (Source: JTBC) Edit Translation 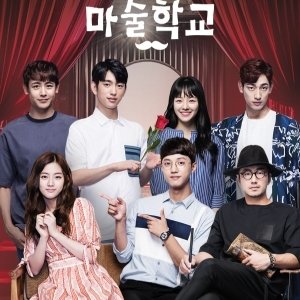 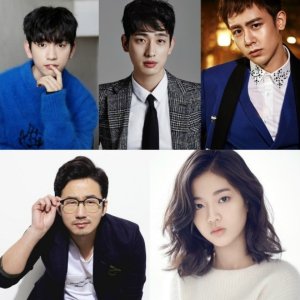 Completed
RisefromBlackAshes
5 people found this review helpful
Other reviews by this user
0
Mar 11, 2018
16 of 16 episodes seen
Completed 0
Overall 6.0
Story 6.0
Acting/Cast 7.0
Music 7.5
Rewatch Value 3.5
So, I mainly watched this series for Jinyoung of GOT7 just to start this off. He's always been the best actor of the group and to hear he got a mini drama was pretty awesome and the premise of a Magic School seemed pretty interesting.

Story: It's hard to say this actually had a coherent plot. It's four different people; a student, a doctor, a professional magician, and a scholar, plus their teacher coming together at the Magic School. That's really it. There's no supernatural magic, just card tricks and stuff you'd see on TV just so you know. The story follows all four characters and their motivation for studying magic, how one person assists another and a touch of romance but the plot really doesn't 'go' anywhere if you will. There's no main antagonist so the 'drama' of this series is a bit flat. I found myself drifting away in the middle of a scene and having to re-watch parts since the story didn't engage me.

Acting: I was pretty neutral about the cast aside from Jinyoung but no one disappointed me. It's hard to act when the plot is weak at best. I was surprised by Yoon Park as Jay, his character had the most development by the end of the series. His motivations are laid out clearly, and in the beginning he is not the most likable character, but at the end you empathize with him and realize he's not absolutely terrible. I wish the female characters were a little stronger, both Park Kyu Young (Woori) and Shin Eun soo (Yi Seul) are great characters. Yet, their motivations and personalities we not given as much depth as their male counter parts.

Music: You will eventually hear a Day6 song towards the end of the series. The ending theme is memorable but not too loud or annoying, aside from those I really did not pay attention. Nor was anything else really memorable.

Rewatch: My rewatch value is always low. Unfortunately, despite being a short series I don't think I would ever re-watch this. However, if you're looking for something light to spend around four hours with, this might be something to consider.

Completed
reddrogue
0 people found this review helpful
Other reviews by this user
0
Jul 31, 2019
16 of 16 episodes seen
Completed 0
Overall 8.0
Story 7.5
Acting/Cast 9.0
Music 6.0
Rewatch Value 5.0
Let's be real, I came to watch this drama because of Park Jin Young (GOT7). Nickhyun also plays a very cute character that you can't help but fall in love with. Somehow they managed to tell a pretty complete story in just four episodes. For clarification, there's four "students" in the magic school, each with their own reason for studying magic. Their stories don't really overlap all that much. I was satisfied at the end so no complaints.

Can't say that I noticed any of the music at all. There's a cool-sounding song near the end.