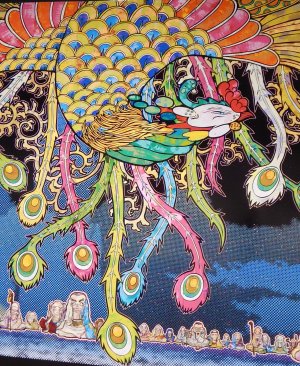 Mostly a JDrama, and JMovie fan. I started back in 2013 watching old black and white subtitled films. Eventually meeting Japanese friends who recommended "Heartbroken Chocolatier". It's been a slow descent into JDoramaland ever since. Ocassionally, I venture into Korean or Chinese dramas or films when the title/theme/mood strikes me. If anything I tend to enjoy 90's Era Chinese films, having taken a class on Chinese cinema back in college.

I currently work and reside in Japan, thus I watch mostly Japanese dramas and films as of late. I'm a big fan of LDH Entertainment, home of EXILE TRIBE and affiliated groups so I will nearly always watch those films and dramas as they air. I tend to watch just about anything aside from medical dramas since the terminology is a bit too difficult for my current comprehension levels.

As of 2020, I have a personal challenge to get through my dreaded PTW list in Alphabetical Order. Mostly through 1 movie, and then 1 drama with a few exceptions. All titles are my currently watching are usually very few no more then 3-4 since I am terrible about watching multiple stories at once, but I do like to watch dramas as they air.

For reference, I'm usually on here a few times a week. I'll do my best to get back to you ASAP. Thanks for your patience.