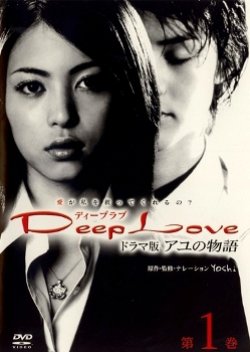 Ayu, a young prostitute has lived a meaningless life until she met a young boy named Yoshiyuki. They met when an old lady who taught her the meaning of life passed away, only briefly telling her of her grandson, Yoshiyuki. Knowing that the old lady wished only to see her grandson but is unable to grant the old lady her wish, Ayu then thought that she could take care of Yoshiyuki for her. Ayu and Yoshiyuki, despite his heart problems and her dark past love each other to the fullest. However, life wasn't easy for the both of them. Yoshiyuki's father forbids their relationship and kept them away from each other. But Ayu sacrificed herself by becoming a prostitute once again to earn money for Yoshiyuki's operation and to keep her promise to the old woman who changed her life. Can Yoshiyuki's life be saved? Will Ayu finally be free from all her burdens? Will their love still remain even after separation? Edit Translation 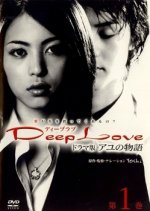 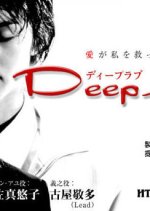 Completed
waterbird12
7 people found this review helpful
Other reviews by this user
0
Sep 28, 2012
13 of 13 episodes seen
Completed 0
Overall 7.0
Story 5.0
Acting/Cast 7.0
Music 6.0
Rewatch Value 6.0
This is definitely a melodrama. There are several plot holes and a rather ridiculous amount of horrible things happen to the main characters. However, the plot wasn't necessarily predictable, although this may be because some of the events were thrown in randomly and not because the plot was well crafted. That said, I was able to look past the script problems due to some good performances and a few unique story lines.

Some of the acting fell a little flat in the first episode, but after that I didn't notice it. I thought the cast did a decent job. I especially enjoyed the performances from Obaachan and Reina.

The music was not the best I've heard in a drama. I wan't crazy about the ending credits song. I doubt I will rewatch this soon, though the scenes with Ayu, Obaachan, and Pao left me with a warm memory. The ending ending was dramatic and a touch contrived, but not bad in the scheme of things. I believe this drama is a manga adaption, but I don't know how it compares since I have never read it.

Completed
CherryBunny
10 people found this review helpful
Other reviews by this user
0
Sep 7, 2012
13 of 13 episodes seen
Completed 0
Overall 2.0
Story 2.0
Acting/Cast 4.0
Music 5.0
Rewatch Value 2.0
This drama was depressing. It was nothing but the downward spiral of the main character, who had the worst possible life one can imagine. There was a love story, too, hence the name, but I personally found the love story to be unbelievable and way too contrived and just added even more misery to the plot. Everything revolved around illicit sex, sex for money, sex to save her love, etc. I think the creators of the story were obsessed with prostitution.

The ONLY good part of the whole drama was the old lady that Aya befriends. She was sweet and was the only likeable character in the whole drama. I still can't believe I watched the whole thing through. I wouldn't recommend this drama to anyone. There's supposedly a sequel but I don't plan to watch it.