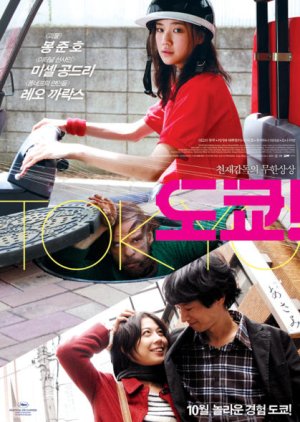 Three short films compose the movie. Each segment is freely inspired by Tokyo and shot in the heart of the city. "TOKYO!" is a symphony interpreted in three dissonant parts, reflecting the image of the metropolis. "Interior Design" by Michel GONDRY The surreal fable of a young couple who moves to Tokyo in search of a future. While the boy's ambition is clear - be a movie maker- the girl drifts gradually apart. Both of them will be drowned in the imensity until the girl, feeling alone, discovers something strange ... "Merde" by Leos CARAX A mysterious man spreads confusion on the streets of Tokyo through a succession of irrational and provocative acts. " The Creature of the Sewers " as the media have dubbed him, arouse passion or repulsion. He will be captured, judged and then... "Shaking Tokyo" by BONG Joon-Ho He is a hikikomori - like many others in Japan, he has withdrawn from all contact with the outside world. When the pizza delivery girl faints during an earthquake, the unthinkable happens - the man falls in love. Will he take the unimaginable step : leaving the dead security of his apartment for the streets of Tokyo? Edit Translation 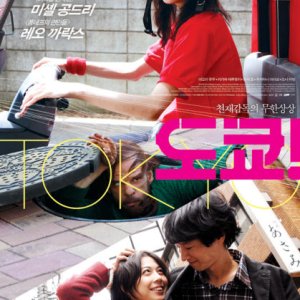 Completed
Senpai
0 people found this review helpful
Other reviews by this user
0
Jul 13, 2017
Completed 0
Overall 7.0
Story 7.0
Acting/Cast 8.5
Music 8.5
Rewatch Value 4.5
"Tokyo!" Is a movie reinventing the great city of Tokyo as in a modern fairy tales.
Three fantasies of alienation, make the movie more original, original and fun! First with an adaptation of a comic book by Gabrielle Bell "Cecil & Jordan in NewYork" was the best in my opinion, with a good narrative.
The Caravax segment, called "Merde", is about a creature, like an excess Leprechaun, who crawls out of the sewer and starts tackling random people on the streets is good but reflects a lot the homeless paranoid schizophrenic of a narrative.
And the latter is similar to a short Gondry movie, very good too.
Short stories, good but not excellent, they are vibrant, whimsical, and modern fantasies that are almost as universal in their simplicity as they could be told anywhere.
The film could happen in any city really, with some adjustments, but the stories resonate especially with Tokyo. No more a medium movie.

New Topic
Be the first to create a discussion for Tokyo!