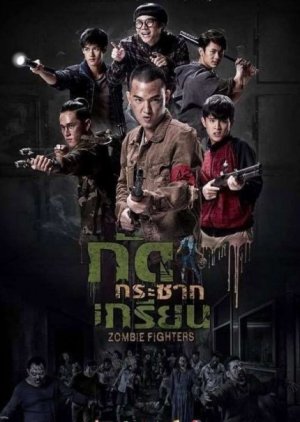 Thailand gets infected with an epidemic that turns people into zombies that rage around the city. A group of teenage boys gets trapped in a hospital during the zombie outbreak. They will do whatever it takes to survive the hungry and brutal siege. Edit Translation 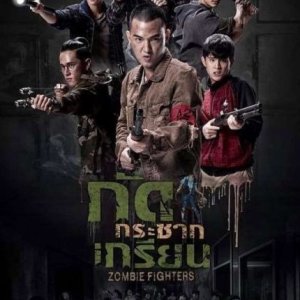 Completed
Trouble-chan
1 people found this review helpful
Other reviews by this user
0
Jan 25, 2019
Completed 0
Overall 7.5
Story 8.0
Acting/Cast 8.0
Music 5.5
Rewatch Value 5.0
As the headline says, this is really worth a watch. There's some humour there to break up the horror and whilst this isn't 'Train to Busan' (and isn't trying to be), it's really entertaining. I loved it.

STORY - Pretty good story. Basically no one is safe, there is no real 'hero' or ;heroine' that you can say the start "oh yeah they're the survivors"; that trope is abandoned here. For me that's a good thing, because it means you don't really know who, if anyone, will still be there at the end. The horror is pretty average; there's the usual ripping neck and throats out that ALL zombie movies have, with the accompanying blood. There is the usual dry Thai humour through this which helps in some of the bloodier moments. (I give it 8.0)

ACTING/CAST - Most of the cast was really good. Maybe the zombie extras left a bit to be desired, but certainly overall it was really good and the main cast were very good. Although the guy with the pudding bowl haircut that was crying and the noise he made for his clearly fake crying drove me nuts by the end. I kept begging for zombies to eat him, you'll have to watch to find out if they do. (Another 8.0)

MUSIC - music was okay but not really anything to write home about. (a midrange 5.5)

REWATCH VALUE - I have to admit there isn't much rewatch value. Once you've seen it, that's it. A zombie film is a zombie film and there's not really enough going on for you to go back and view it again. (only 5)

OVERALL - I think it's pretty good. Typical Thai horror and that's not a bad thing. Certainly worth a watch. (I give 7.5)

Completed
cake_jaaas
1 people found this review helpful
Other reviews by this user
0
Feb 15, 2019
Completed 0
Overall 7.0
Story 6.5
Acting/Cast 7.0
Music 6.0
Rewatch Value 6.0
As I love zombie movies, this movie did not disappoint me like any others. I would say this Thai's zombie film is worth a watch it was fun and entertaining.

STORY: They came up with a few certain scenes that is questionable so there are a few plots twist then and there through out the whole movie to explain the out come. They also included some funny moments and playing with Thai's words which is pretty funny. This ease the tension from time to times and that made me enjoying the movie more. I gave only 6.5/10 because there is this one twist that is ridiculous. Watch it to find out.

ACTING/CAST: The whole casts were pretty amazing despite their young ages. Even if there is a few actors that spoil the mood the other actors would certainly fill in the parts. I first wanted to watch the movie because they have a scene of Nick(Thai's actor) playing but he came out only a few moments while I have to wait and see only such seconds of him which is a bit disappointed. I personally rate this with 7/10 since I love their acting but some still lacks of it.

MUSIC: I had not put my full focus on the music but there was this scene had such emotional moment and bgm that made me cried during the movie so I gave this a 6/10.

REWATCH VALUE: As a zombie movie lover, I think I would not watch it 2-3 months after watching but after 6-7months or a year to forget about some of the twists and moments to enjoy this again. If you still remember a lot of the movie, it won't be much fun to rewatch it again instead you will definitely end up criticising it. 6/10

OVERALL: Nothing much to say, the movie was fantastic, funny and scary. For a zombie movie, they have entertaining feeling in each scenes. The acting skill fit in the movie so well you would love it. 7/10