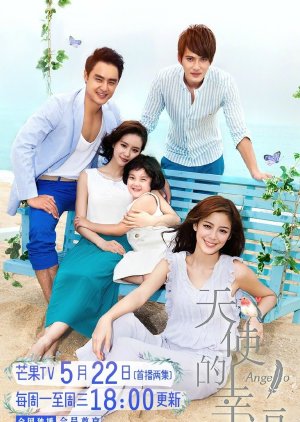 This is the story of a single mom, her HIV-positive daughter and a doctor that walks into their lives. Li Xiao Han is the comely single mom whose angelic little girl unknowingly contracts HIV. An Jie Luo is an accomplished doctor who loses his girlfriend to a terminal illness and then goes looking for the mother-daughter pair to fulfill his girlfriend's dying wish. Edit Translation 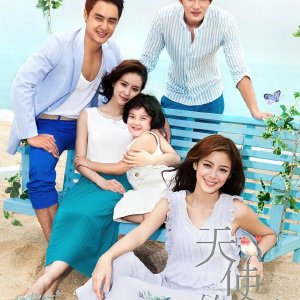 Completed
jingling
3 people found this review helpful
Other reviews by this user
0
Aug 30, 2017
30 of 30 episodes seen
Completed 0
Overall 8.5
Story 8.0
Acting/Cast 7.5
Music 8.5
Rewatch Value 6.5
I picked up this drama on a whim because there was nothing else on I felt like watching, and was very pleasantly surprised by how much I liked it and ended up pretty much binge watching.

This story revolves around Li Xiaohan, a single mother of a daughter, Yiping, who contracted HIV after a blood transfusion. They live open a bed and breakfast on Baisha Island. Li Xiaohan definitely falls into the "naive but kind country girl" trope, but in her own way, is a very resilient character whose weakness is thinking of others too much.

An Jieluo is definitely plays into the the trope of a very over the top, bad-tempered, "bark is worse than his bite" rich second-generation heir, but he is also a talented doctor. After he loses his job for beating someone up at the hospital (his bad-tempter is no joke), he goes to work on Baisha Island where his mother's building a resort.

The resort project is lead by Jiang Fengen, the second male lead and Li Xiaohan's ex (who is still in love with her, of course). Xu Yiyun, Fengen's current girlfriend, who is the daughter of a company executive and a violinist goes with him to Baisha Island.

Yiping is also a complete delight to watch, and super duper cute. Much of the tension in the middle of the drama is about HIV, and how the villagers on Baisha Island don't understand it and react badly.

My favourite thing about this drama is how it subverts the evil mother-in-law/ex-girlfriend/girl-who-likes-the-guy-who-likes-you tropes that are pretty much staple in Asian dramas. There were elements of some of those, but they were handled maturely and not made a big deal of. Basically, the women who are usually pit against each other actually sat down, thought things through and talked with each other. I especially appreciated the friendship between Xiaohan and Yiyun.

All in all, it's a very steady, character-orientated and mature drama with no huge ridiculous eyeroll-worthy drama and villains.

Completed
Senpai
0 people found this review helpful
Other reviews by this user
0
Sep 11, 2017
30 of 30 episodes seen
Completed 0
Overall 10
Story 10
Acting/Cast 10
Music 8.5
Rewatch Value 9.0
This review may contain spoilers
This is the story of a single mother, her HIV-positive daughter and a doctor who comes into their lives. Li Xiao Han is the only single mother, whose angelic girl unconsciously contracted HIV. A Jie Luo is an accomplished doctor who loses his girlfriend in terminal illness and then seeks mother and daughter to fulfill his girlfriend's dying wish.
[b] Opinion: [/ b] [spoiler] [i] Cinematography is the biggest highlight, everything was very well thought out and planned. From the opening of the drama to the editing and positioning of the camera.
The soundtrack is exemplary, the harmony one has with the scenes impresses. Angelo has a familiar, humanitarian tone, a drama about life.
A beautiful and exciting story told through a wonderful cast. Undoubtedly a touching drama.

New Topic
Be the first to create a discussion for Angelo