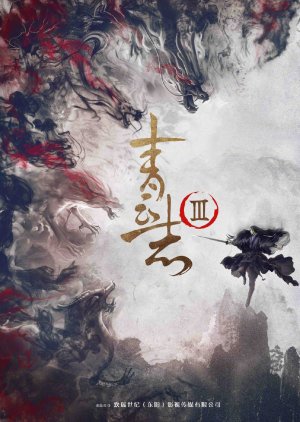 Ghost Li returned to the Central Plains, personally destroying Xi Xianjian to resurrect Baguio, and met Lu Xueqi at the moon platform. Xue Qi persuaded Gui Li to return to the right path, but Gui Li questioned the distinction between right and evil. Gui Li interrupted Qingxian Mountain while the beast god attacked Qingyun Mountain, but was seriously wounded by Qixian sword, and was rescued by Tianyin Pavilion. Master Puzhi woke up his original heart, and obtained the fourth volume of Tianshu in Yuzi Yuyu. Gui Li entered the 100,000 Mountains to slay the beast god, and experienced a life-and-death battle with Lu Xueqi, embracing each other. Gui Li realized that he was kind to Baguio and loved Xue Qi. Gui Li intends to return to Qingyunmen and befriend her with Xue Qi, but finds that Dao Xuan has been swallowed back by Qi Xianjian. Lu Xueqi defended Qingyun Gate and destroyed Dao Xuan while being forced to kill the controlled Tian. It was difficult for Gui Li to accept and left again. Ghost King's ambition erupted, leading to the collapse of Huqishan and disappearance of Baguio. Gui Li's long-cherished wish for ten years failed, but realized true love, and found Xue Qi again. The ghost king resurrected Baguio and infused the terrible Shura power. Faced with his former lover and the world's life, Gui Li finally realized that the righteousness and evil are in his heart, and with the help of Xue Qi, he reinvented the fairy sword. She returned to her original heart and changed back to Zhang Xiaofan and Xue Qi for a lifetime Edit Translation 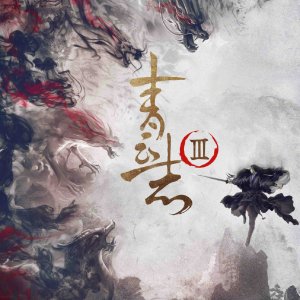