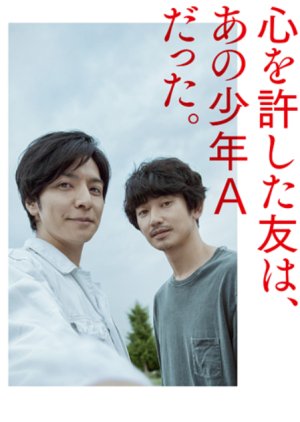 Masuda, who had his dreams of being a journalist dashed, begins working at a backstreet factory around the same time as Suzuki. Suzuki avoids interacting with those around him and doesn't talk about his past, but gradually he begins opening up to Masuda who is the same age as himself. However, under certain circumstances, Masuda begins to suspect Suzuki is the juvenile criminal who had been responsible for a killing spree of children 17 years ago. (Source: JFDB) Edit Translation 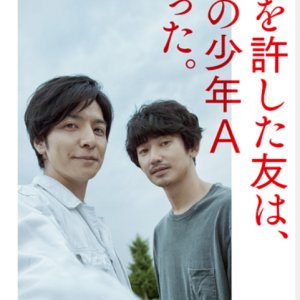 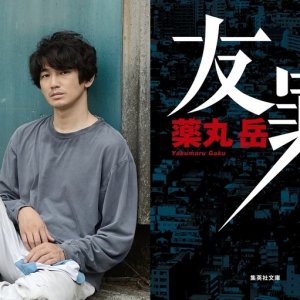 "I want you to tell me about what's haunting you."

To varying extents, everyone has something in their pasts that they are ashamed or afraid of. For some, however, the events of the past, and the stigma they entail, hang over their heads like a prolonged death sentence. 'Yūzai' focuses on the lives of such broken people, who suffer in the present yet cannot destroy the cause of their anguish because it is eternally tied to them; by society and by their own consciences.

'Yūzai' has one key flaw- it spreads itself out too thinly. Rather than focusing on two, or perhaps three characters, the film concerns itself with more than it can suitably handle in its two hour runtime. As a result, there is a lingering sense of unexplored potential. Suzuki and Masudas' pasts, which generate the events of the film, aren't paid proper attention to, being explained through brief flashbacks and slightly contrived expositions. The side characters; the taxi driver and his shattered family, the AV actress (whose family is mentioned but not seen) and the counsellor and her daughter could have been utilised to further the themes of stigma, guilt and repentance by tying them to the notion of family. Instead, their stories feel half-baked simply because they aren't given enough focus, with their scenes being slotted into, and taking time away from, the main storyline. Yūzai may have been better as a two-hour film focusing on Suzuki and Masuda, with a spin-off drama series centred around the supporting characters.

In many aspects, 'Yūzai' feels similar to Sion Sono's 'Himizu' (2011), what with the head-bashing, the damaged protagonists, the muted colors and the social themes. This resemblance brings about both pros and cons. Starting with the latter, many of the antagonistic characters e.g. Fujisawa's boyfriend are two-dimensional (as with the other characters, they don't get enough meaningful screentime). They are despicable and cruel caricatures that exist only to kick those who are already down and to embody the cruelty within Japanese society. I didn't like Masuda's screaming at the end, which felt needless. As with before, this stems from how the events that lead up to said screaming aren't given enough detail and thus his anguish isn't fully captured- this was something 'Himizu' handled better. I was also really pissed off that the porn-shooting scumbag didn't get his comeuppance in the end.

Onto the shared pros, which Yūzai definitely has. It is certainly a film that is carried by its performances, which, apart from some overacted smaller roles, are really, really good. Eita is an actor that is new to me and all I can say is that his complex portrayal of the introverted and disturbed Suzuki/ Aoyagi should've earned him a whole shelf of awards. From unnatural calmness, to bursts of anger and violence, to awkward childishness and then gleeful masochism, Eita exhibits masterful acting that is terrifying, tragic and unpredictable. Ikuta Toma, Sato Koichi, and Makita Aju (who used her two or so minutes of screentime very effectively) were fantastic. And huge props to Kaho for taking on the difficult role of the former AV actress, which entailed ugly and confronting sexual violence. The fear, grief and shame she exhibited were heartbreaking.

As with 'Himizu', the violence and cruelty are unabashedly abundant and crushing, yet fascinating to watch. The sense of alienation that surrounds the damaged characters pairs well with the themes of guilt and social stigma. The latter is especially relevant in today's society, where technology and the press allow for damning information to pervade quickly and widely, with punitive consequences. The concepts depicted in the film are thought-provoking in and of themselves; the immutability of the past, the question of whether sinners can or should be freed of their damnation, how knowledge of someone's past irrevocably influences our view towards them in the present. I didn't realise this until I read about the film after viewing it, but there is some nice symbolism of the satellite dishes and the phone towers as representing the two protagonists' latent desire for (re)connection, even though Suzuki attempts to distance himself from others initially.

Although 'Yūzai' suffers from notable flaws, it is a powerful and tragic movie nonetheless.