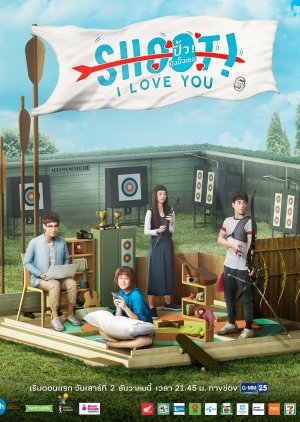 Bo has no experience with archery, but in order to be close to her crush Archwin, she drags her friend Shan along to learn the sport. Then they meet Archwin's girlfriend Frame. How will this affect the friendship between Bo and Shan? Will Bo find love? Edit Translation 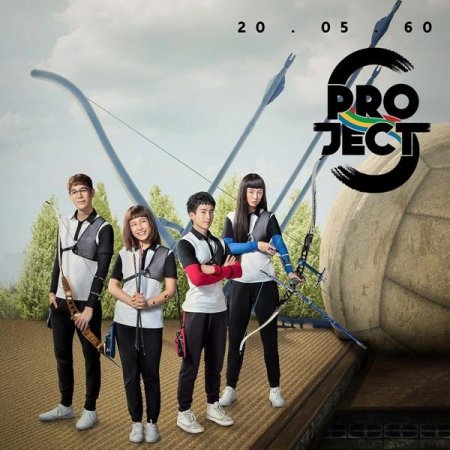 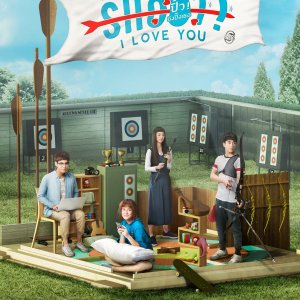 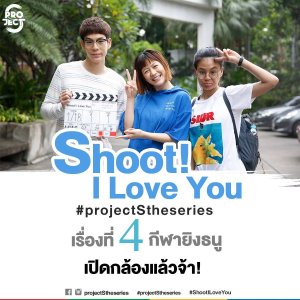 PLOT
I found this series so charming, so cute. Though honestly if I were to rank the four Project S series that I've watched this series will be the last. My basis for the ranking would be the story line. The story in this series was so simple yet beautiful but it's impact to me was not that big compare to the other Project S Series. I like that part when Bo, Shan, and Arrow went to Japan and saw Ami instead of Fame and then what happened next was one of the most cute twist in this story so I will not spoil you guys. You must watch it to for you to find out.

ACTING / CASTS
The scenes were so calm and simple that no heavy drama was required for the actors and actresses to act. Among all characters who caught my attention really was Pibunsonggram (Shan). He was stunning in this series so I tried to search some of his past movies and series and I've already watched some of them but I can't really recall him in those series or films, so sad. His facial expressions in this series was cute like when
Ketprapakorn (Bo) added (Fame) in facebook using Shan's phone, his expression there was totally priceless. For Ketprapakorn (Bo), I was not really able to appreciate her acting skills here. For me her best was the elevator scene with Shan. I don't like (Fame) Songmuang's role in this series as well. I found her wicked in this series, hehehe sorry. For Santinatornkul (Arrow/Archwin) well I already saw his acting prowess so many times like in Bad Genius, in Hormones, Bang Rak Soi and etc so I don't have much to say about him. I was expecting for him to be like that in this series though.

MUSIC
Project S opening song was really catchy and I can't keep myself from smiling every time I can hear it. About the background music, uhmmmmm, let me think...hehehe... well, I can't really think of any remarkable scene which was even intensified by the use of music so I'm sorry for that.

OVERALL
Well I will give an 7.5/10 ratings for this series. I am not really a fan of romantic comedy kind of series that's why. If you are going to check my history if I have watched any romantic comedy film before and I liked it well maybe you can count them using your hands. But you know what I think I like to try archery now hahaha like when I want to try skating after watching Project S:SOS. This was a wonderful series though. You must watch it.

Completed
sungkyungkim
0 people found this review helpful
Other reviews by this user
0
Apr 27, 2019
8 of 8 episodes seen
Completed 0
Overall 7.5
Story 7.5
Acting/Cast 8.0
Music 8.5
Rewatch Value 6.5
Story:
If I were to be frank, I think the story is quite weak and typical. It's basically about archery and the people who do the sport for different reasons, people who know their own dreams and people that are searching for it. I don't think there is that much in the story line but I like its simpleness and warmth. It's a story of youth, of how confused or impulsive people can be sometimes, but as well as their growth and how each character realizes something, which I think can also help us to reflect on ourselves. I also like that it didn't give a really defined ending.

Acting/Cast:
Without the heavy drama story, there really isn't that much opportunity to show the asnhjdcasts' acting skills. However, I would like to applaud Jaylerr (Shan) for being a natural awkward just like how Shan is. I also like the chemistry between him and Frung's character. In contrary, I didn't like Frung's (Bo) acting as I find it sometimes too much but there's one time that I like to cry with her. I find Thanaerng really cute in portraying the reserved yet caring Fame and the bubbly and playful Ami. As for Non (Archwin), he gave the usual good acting but I'm not impressed with his character because of his decisions.

Music:
The intro is quite long but i'm not even skipping it because of the music and graphics! The rest add up impact to every scene too.

Re-watch Value:
I like this one but I think not enough to watch it again.

Overall:
I learned a lot about archery and I had fun watching the characters. I think that it is still a good addition to the Project S Series.

New Topic
Be the first to create a discussion for Project S The Series: Shoot! I Love You