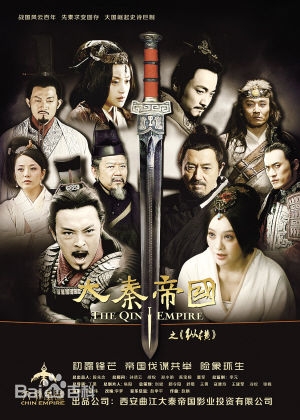 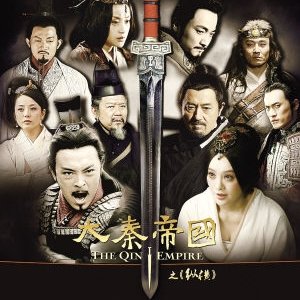 Completed
Skibbies
2 people found this review helpful
Other reviews by this user
0
Nov 6, 2019
51 of 51 episodes seen
Completed 0
Overall 9.0
Story 9.5
Acting/Cast 9.0
Music 8.0
Rewatch Value 9.0
This is the second entry in Qin Empire, following the first King of Qin. The first one was about his dad and political/legal reform that create solid foundation for Qin to gain power. It followed fairly closely to the novel it's based on, it was atmospheric, idealistic but had very perfect protagonists. The second and third were filmed together in 2011, had completely different directors + writer, so tonally and thematically were very different, and they stuck closer to history than their previous entry. The third was about Ying Si's son and continue expansion of Qin, and the fourth that have been filmed but not broadcasted, is about great great grandson Qin Shi Huang, Ying Zheng who conquered various states and united China.

I was actually rather taken back when I started, since this drama was noticeably lighter in lighting, atmosphere and acting compared to the first instalment, it took a little bit getting used to, although I think this made it much more accessible to wider audience. While its main focus is on Qin, there's fair amount of attention paid to other states too, since this was a time of diplomatic relationship, battles, betrayals and chaos. It can get rather difficult to follow for someone unfamiliar with the period, though I believe a quick runover of the various states' names/location should help a lot.

Our main protagonist Ying Si had a playful demeanour that masked his true feelings, cunning when it came to analysing situation and determining what's best for his country, manipulative and ruthless when he must do what's best, but he could also be affectionate towards his cousin, sincere towards his trusted adviser, reluctantly adoring to woman he loves. He also suffered a lot, lost his mother when he was young, grew up mostly with his uncle as his dad was too busy with the country, exiled as a teen, and had to sacrifice much more while on the throne during the span of this drama. Fu Dalong did an amazing job as him, I wasn't huge on his portrayal at first since it's a stark contrast to what I'm used to and expected, but he grew on me, and he played the various layers very very well.

There was very small amount of romance in this, although it's not the focus, they do help built up Ying Si and Zhang Yi's character and show us various women and the ways they could have lived back then. Mi Bazi (Consort Mi? idk) was daughter of an exiled noble, willingly entered a political alliance marriage, despite the fact she already had a child with a man she loved. Ying Si and her started with lust but end up with love and companionship, she lacked manners and could be rather blunt and open, knew what she wanted and rather determined on her goals. It was a pretty unusual relationship and characterisation, but rather true to history. She was the first Empress Dowager, in de facto power for 40 (?) years while her son was on the throne, till she dies, she really should be no less famous than Empress Dowager Cixi. I really disliked her makeup but I guess it's suppose to show she's young and clueless? Ning Jing seems to have pushed a little too hard when she first appeared, but she got better later.

Wei Shu was comparatively much more standard, tied to men around her, well mannered and educated. I did like the helpful inn owner Zi Xuan and smart and brave Ji Hu though, even if I'm not huge on their character trajectory. Overall, the major supporting characters were pretty varied, and fair amount of them were layered, which is very hard to do with such a large cast. The back and forth scheming between Zhang Yi and Gongsun Yan were very engaging, and had been enlightening watch. I think someone more familiar with the period would have a field day with this, I've definitely recognised some names, and was kind of disappointed we haven't got to their spotlight time.

The costumes were comparatively plain compared to today's dramas, but it was filmed 8 years ago and this was set 2000 years ago in a country that was rather poor, constantly battling and preferred more subdue style. Note that other states' clothes were bit fancier than Qin's. Unfortunately, the battle scenes weren't as good as the first entry, though they were pretty okay in general IMO, maybe it's just because I don't care about battles. Most of the drama was recorded live, but there was some VERY NOTICEABLE dubbed lines by super minor supporting character, and it was all by one person and not tuned at all, so it was hilariously jarring. There was also a couple scene (one very major one) that have people noticeably CG'ed in, please adjust the lighting properly!!

I actually think this is the best entry for international audience, since it doesn't just focus on Qin but also other states, the characterisations are't black and white and sometimes even refreshingly different, the story is engaging with enough history sprinkled in that you want to learn more about the period afterwards! Please give it a try!