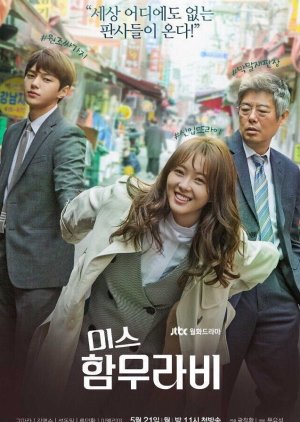 Park Cha Oh Reum is a newly appointed judge who is assigned to the 44th Civil Affairs Department at the Seoul Central District. She is always on the lookout for injustice and is able to profoundly empathize with others. Compared to her, Im Ba Reun is a cool-headed man of principle with the creed of ‘Court that is equal to all’, and he is displeased with junior judge Park Cha Oh Reum who is overly sympathetic when it comes to cases. (Source: JTBC) Edit Translation 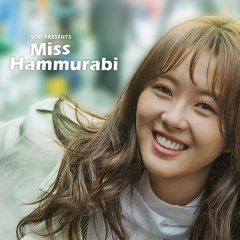 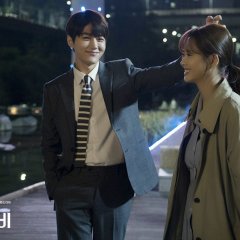 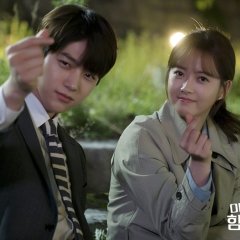 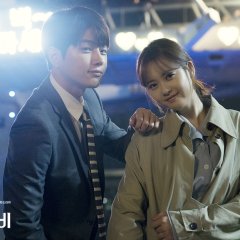 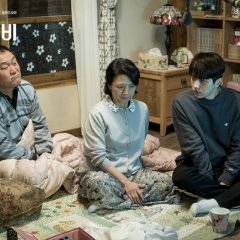 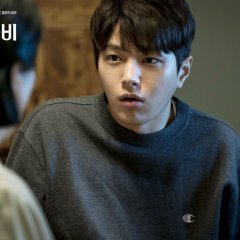 Completed
kiko
26 people found this review helpful
Other reviews by this user
1
Jul 18, 2018
16 of 16 episodes seen
Completed 1
Overall 9.5
Story 9.0
Acting/Cast 10
Music 10
Rewatch Value 9.0
This review may contain spoilers
This drama.. Ohhh boy.. It is very good. It talks about things and topics that needs more attention. In this drama there were enough of serious and comedic scenes non of them overpowered each other, what made the watching more enjoyable.

Story:
I liked how the story doesn’t have focus on romance but to the problems that any person can live through in their lives.

Characters:
I loved the fact that L finally got a main role in this drama and he proved his talent in acting. He had to play a serious and close- hearted character whom he did great! He was so cute that sometimes my UWU screamed so loud that I was even surprised.
Go Ah Ra’s character was the reason I fell in love with this drama. And how later on in drama her past was told and what she did go through as a teen.
Chemistry between characters was good too. How everyone tried to understand and help each other.
What I appreciated was the fact that Im Ba Reun confessing his feelings to Par Cho Oh Reum didn’t make things awkward between the characters, but let them understand the situation that is happening and bordering the characters.
Second lead character relationship was adorable too. How they interacted to each other.
I felt attached to every character in this drama.

Music:
OST was REALLY good. It didn't bother to stay focused on the scenes, but it felt more like the music completed them. It gave the right feeling to the scenes.

Completed
chalbarczyk
21 people found this review helpful
Other reviews by this user
1
Jul 11, 2018
16 of 16 episodes seen
Completed 1
Overall 10
Story 10
Acting/Cast 8.0
Music 10
Rewatch Value 10
Despite the poor acting of Go Ara, drama is exceptionally good.
The visual side is extremely sophisticated. On the wall in judges` room there is a painting of Goya and some variation on the theme of "Dance" by Henri Matisse. The script is outstanding and dialogues are intelligent. Anyone who is looking for a wise story and a wise commentary on life will find it here.
Thanks to the fact that drama is based on the novel of Moon Yoo Seok, it has a depth of character and thoughtful problems. It asks the question of what a justice is, what is the power of public opinion and money? And a very important one: is always a poor the victim?

Judges:
Judge Park, played by Go Ara – she could have played uncompromising heroine better.
Judge Im, played by Kim Myung Soo – his acting is really good. He plays the character who is straightforward, confident, and in control of the feelings, but at the same time seeking the truth about himself, about his true motivations.
Young judges have a great chemistry, I can even say that drama is full of electrifying romance, although they barely talking to each other and keep the distance between themselves almost all the time.
Sung Dong Il is my favorite actor. His judge Han is so warm and family man, but on the other hand very emotional, who instantly fights for justice.
Go Ara is holding back from hysterical sobbing, (perhaps the director prohibited it and he even jokes about her constant crying, when he recommends her to take eye drops). I may only hope that Kim Myung Soo will not learn bad acting from her.

The mood of “Miss Hammurabi”:
The characters are very natural and this is a big advantage of the drama. The ajummas in the market are portrayed very well, thanks to a few scenes we can feel their loneliness, moving warmth and straight humor. Filming is natural, full of bright and bland sepia and I like the soundtrack.

I give 8 for acting because of the only one expression of Go Ara`s face (who always looks like she is about to cry in a moment), but 10 for the whole, because it's a very good drama! 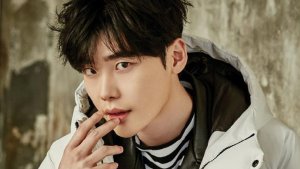 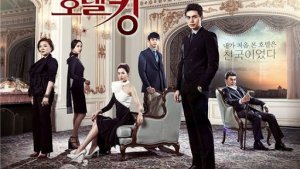