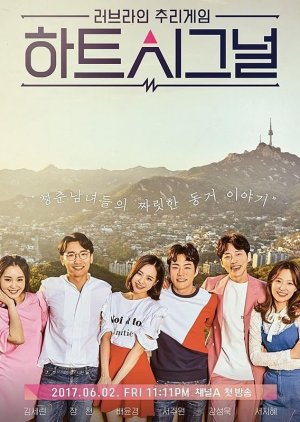 A cohabitation of young men and women begin at Signal House where filled with rosy expectation of love and romance blooms. The “Predictors” with vast experiences in dating and love will detect potential lovers in the Signal House. The most exhilarating love game begins now. Edit Translation 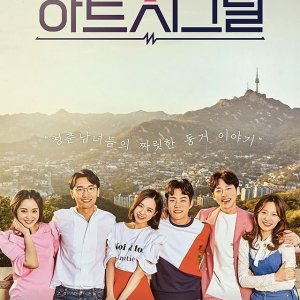 Ongoing 12/14
Dzoni
4 people found this review helpful
Other reviews by this user
8
Oct 10, 2017
12 of 14 episodes seen
Ongoing 8
Overall 8.0
Story 8.0
Acting/Cast 7.5
Music 9.0
Rewatch Value 7.0
I usually never write reviews but I guess after watching this show I feel like I can't stop thinking about it.
The concept in itself is very simple yet it managed to bring so many mixed emotions. At times i was frustrated at times sad but most of all I think I was smiling through a lot it. I have to admit I got really involved with their stories, some more than others (MSG couple ahhh), to a point where i feel very sad that it's over now.

The panelists were one of my favorite aspects of the show, I loved hearing their commentary and the way the psychologist explained why people act certain ways.
And I mean cmon Shindong's predictions were hilarious! Also when Sang min would stand up out of frustration I felt like doing the same :")
I guess the only complaint i have is that i disliked the ending, however, I guess I understand why it ended up that way.

It did give me a feeling sometimes that it was scripted and that may have been the case, nevertheless i enjoyed it so much i managed to finish it in 2 days. Definitely hoping there will be a season 2!

Underwhelming, but had potential

This is my first review of anything, but I wanted to say that I believe this show is overrated. Note: I have also watched the two part special as well.

I will not be touching on the story until the end because of the way this show is.

To actually begin, what caught my attention was the cast. The participants were all beautiful and really interesting people. Obviously they were casted because of these features. However, this makes the people seem hard to relate to in many ways. Their acting was good and they were fun to watch nonetheless.

Next is the Music. Most of the music played was actually American Alternative/Indie Rock. As an avid listener of this type of music, I very much enjoyed the Dan Croll played every now and then. So I would consider the music to be pretty good and diverse when compared to other shows in which it is usually just a k-pop song that is popular at the time of creation (which isn't necessarily a bad thing).

As for rewatch value, I would consider there to be practically none. I personally am not much of a rewatch-er. I think this is definitely a one-time viewing for sure because the whole plot of the show revolves around the mystery ending.

Last is the story itself. I cannot say much about the story due to the nature of the show. However, I thought the interactions between some of the cast were very edited, which made it fell very scripted/unnatural. This belief was made very evident when I watched the specials. If you wish to see my real, spoiler-filled, perspective of the story I recommend you see the note on my list for this show.

Thanks for reading. I just thought my perspective was un-shown on this page, so I thought I'd add it! :3

EDIT:
It has been a while since I've finished this show. However, the show itself has been reincarnated in the form of Love Catcher, which recently received a season 2! Honestly, I don't want to say too much about this, but Love Catcher is far superior to this iteration. The plot and game mechanics that they added lifted the show onto another level. Admittedly the cast was also pretty fun to watch and see interact.