Sung (Chow) is by far the best lawyer in Guangdong and the outlying areas of Southeast China. His skills have earned his family an excellent living, albeit his habit of winning all his cases by whatever means necessary. Because of his shyster ways, none of his sons survived beyond a year old, causing grief for his wife Madam Sung (Mui). Upon the death of his 13th son, Sung decides to retire from law, and switch to business, opening an inn in the middle of town, and a tea stand on the outskirts of the city. Sung finds it difficult to truly give up his former career, and in his boredom reenacts his final case constantly. A chance encounter between Madam Sung and a woman whose husband was suspiciously murdered revives his hopes of returning to court. However, the case is compounded by corrupt magistrates, who make it their goal to bury the truth. Sung needs all his wits to beat a system that he has embraced for a long time, as well as redeem himself so he can finally start a family. Edit Translation 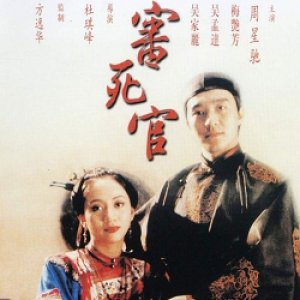 New Topic
Be the first to create a discussion for Justice, My Foot!