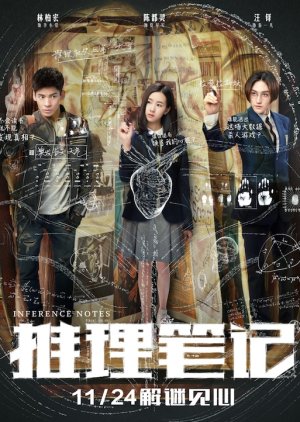 To be watched(Chinese)
21 titles 1 love

Completed
arashinta
0 people found this review helpful
Other reviews by this user
0
Nov 24, 2019
Completed 0
Overall 7.5
Story 8.0
Acting/Cast 7.5
Music 7.0
Rewatch Value 7.5
[WARNING: the rating and review I give have the possibility to be subjective due to my preference for the genres, scenes or casts]

Okay, let's talk about the movie. This is the 2nd movie I watched about Laplace Theorem. I dislike math and I amaze that there's a theory like this Laplace, everything can be calculated and manipulated.

In my opinion, the story is clear enough, quite easy to understand ... at least until the very end when the other student revealed another probability. I was like, "Damn! She could be right!" But that condition quite sad, so I don't want to think further about it, I just want to believe that Zao An and Xiao Chong are just a pawn (^_^;)

Each casts act good, sometimes Chen Du Ling have a little lack of expression, but it's still ok for me. Another thing is, I hate Yi Fan's hair. I want to cut it! (-__-)

Minus point : no such a romance scene for Zao An and Xiao Chong (^o^) I hope they could be together XD Sometimes they're forget about some little detail, it makes the transition between scenes is not so smooth.