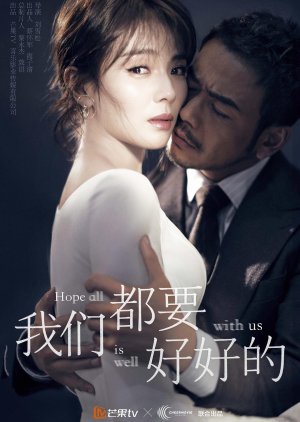 Coming from humble beginnings, Xiang Qian throws himself into the rat race of high stakes business to provide the very best life for his young family while his wife, Xun Zhao, stays home with their adorable 5 yr old son, Hua Han. For a long time they were happy living the good life, but when Xun Zhao is suddenly hospitalized and diagnosed with depression, the couple's perfect life starts to fall apart. Will they be able to come through this rough patch unscathed or have they grown too far away from each other to find their way back together? Edit Translation 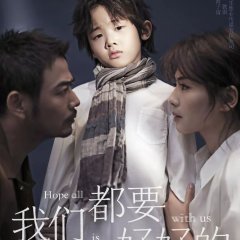 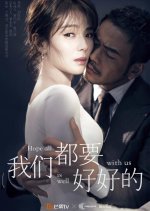 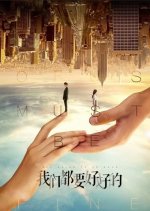 Completed
Lily_B
0 people found this review helpful
Other reviews by this user
0
Jun 7, 2020
44 of 44 episodes seen
Completed 0
Overall 8.5
Story 8.0
Acting/Cast 10
Music 8.0
Rewatch Value 5.0
Hope All Is Well With Us is my favourite drama of the year so far. I only started watching it because I like both main leads. I expected the story to be gloomy and sad, maybe even depressing, because of the synopsis. I mean, the female lead is depressed, and the drama starts with a divorce - doesn't sound too uplifting, does it?

The drama soon proved me wrong. It is not a depressing, sad or dark drama.The characters (pretty much all of them!) go through difficult things and they suffer, but… they find joy, and friendship and strength! The drama also has many funny as well as touching moments. It tackles some serious issues, but not in a way to make you feel down. (This might be a flaw to some people, but not to me.) Some of these things, however, are not really taken as seriously as they should but are rather just glossed over. Other things are convincing enough, though, such as the male lead's pain and anger, and the gradual transformation he goes through.

They both change for the better. Liu Tao and Yang Shuo are both the main leads, but it feels like his character, Xian Quian, has more background, is more developed and thus more interesting to follow throughout the drama. The father and son scenes were great! Being a single father is not easy, though, and he is very bitter when it comes to his ex, Xun Zhao. She finds a job at a fashion magazine where she makes some friends and twice as many enemies. I guess I'm not too sure how she changes as a person because I'm not quite sure who she is as a person. Still, I liked her and cared about her story.

The second leads, then - Alisa and Hu Nan. I really liked Alisa and rooted for her, and the friendship between the two women was a good part of this drama. When it comes to Alisa and Xiang Qian, at first I disliked their interactions... Little by little, though, it started to make sense, and their scenes together started to be funny and cute! (She and little Hao Han were also cute together.) Hu Nan, I liked him at the start, but I liked him less as the story progressed. He was good for Xun Zhao in some ways, but some things about him were hard to understand. There was also the married couple aka the best friends of the leads - they were good friends, I liked them, and I liked how they struggled to remain loyal and helpful without taking sides.

To sum it up, this drama had many good characters and actually not too many unnecessary parts or annoying things. It was warm, enjoyable, not too long, and well worth my time. It was less cheerful and bubbly compared to some c-dramas I’ve watched, and more "real" and less melo than others. It's not all the way up there with my favourites Ode to Joy and To Be A Better Man, though. Close enough!

I recommend it to anyone who want adult characters in a drama about family and finding your way in life. You should not expect romance, though, because there is almost nothing! Sure, some fall in love, but the plot is not about romance. The thing is, the characters have lots of other things on their mind during this time in their life! That is pretty realistic, I guess. I'm not going to lie - I would not have minded more romance! The fact that there isn't any to speak of is not a big flaw, though. That will have to wait for another drama. (Yang Shuo can do it, I know it!)

Mostly a promotion of drinking!

This drama is not only about drinking ( they drink every five minutes, drink, drink, and again drink, the next day again drink, so 44 episodes of total drinking!) but also about a woman vampire, a sick b... who ends up living in the house at the beach (her ex-husband left for her) and (last episode) she is sitting at the beach with the smirk on her face, peaceful and content digesting the blood and life she has sucked out of her husband, then ex -husband; she ruined his life completely, totally and finally she is happy. And he deserves it: at the end he rejects a young beautiful, wealthy girl who falls in love with him, helped him, pulled him out of his misery, revived his career and his life. But no... he sticks to his wife. So the drama is heart-wrenching because there's no development of romance which the viewers love, instead total and complete disaster. I didn't like it!