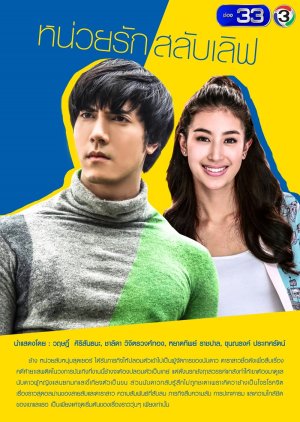 Completed
JayyePeeen
1 people found this review helpful
Other reviews by this user
0
Jun 17, 2019
11 of 11 episodes seen
Completed 0
Overall 7.0
Story 7.0
Acting/Cast 8.5
Music 8.0
Rewatch Value 8.0
This show had lots of potential. I was laughing my heart out during the first episode because of the female lead. Noodao is your A list celebrity who looks put together but is actually a slob in real life. She doesn't like to bathe (unless the water temperature is 37 degrees celsius) and her manager has to negotiate with her to maintain her cleanliness. Because of some drug dealings in the entertainment industry, the male lead (as a secret agent) steps in to become her manager. And boy, was he in for a lot of shock. He basically becomes her cleaner/cook/assistant/manager and he was complaining about his life choices at one point ("Am I supposed to investigate the case or be her slave?"). Oh, did I say that he has to act like a gay? The strange company rule is that managers have to be gays in order to be employed.. So the female lead has no qualms about acting ladylike in front of him and they are both hilarious.

The acting/characterisation - Mint Chalida is fantastic as Noodao. When the character is written this way - slob, spoilt, gluttony, doesn't know how to do many things, etc, it isn't very easy to make her likeable. But Mint Chalida made Noodao endearing. She is a slob, but then she is also very funny and cute. I loved how nonchalant and unaware of her actions she is. When she does something great, she doesn't flaunt or throw it in your face. In the same vein, when she does something that people don't usually do (like not bathe for many days), she is very nonchalant about it and announces it to her manager (to his horror and our amusement HAHA). And while some viewers were frustrated by the fact that she doesn't do/can't do anything herself, can I say that she is from a privileged background and is used to not doing these things? Why do it, when she has servants to serve her hand and foot in the past? So it makes sense that she is naive about these things and isn't refusing to do these tasks out of nastiness. That is why Chang (the male lead) is so patient with her. She isn't mean-spirited. Just plain lazy. And she does learn how to clean and manage herself through the series. When determined, she is a good learner and can succeed at what she sets out to do.
Mai Warit is great as Chang. His character was a little mysterious at the start, and we see that he had a beautiful relationship that ended terribly in the past and he is still hung up over it. But the show doesn't let us dwell on it. He doesn't let his memories affect his interactions with Noodao. Haven't watched Mai Warit act before, but I liked him here. It is a running gag on this show that his character is very prone to acting without reinforcements - this is why while he has many successful cases under his belt, he also has an equally long "jail" record where his boss attempts to punish him. When he became the manager to Noodao, he had to pretend to be in love with fellow secret agent Ake (who changes his name to Annie and is manager to Noodao's rival Rung) and it made for lots of great laughs. I looove Chang's nickname given to him by Annie. He referred to Chang as "Chang Noi" (little elephant) and this is hilarious because Mai's build is anything but little. Noodao would introduce Chang Noi to other people, ignorant of the fact that Chang REALLY hates the nickname. xD

Chemistry - Chang and Noodao are so cute as a pair!! I loved how their relationship developed. There was a love-hate relationship at the beginning because they began on the wrong foot - Noodao mistook him for a pervert and Chang disgusted by her habits. But the show very organically pushed them closer and they really looked cute as a pair - Chang as the dependable manager who comes to her rescue whenever there are complications, and Noodao who trusts him without reservations. I was a little apprehensive of the premise of the relationship - since it will begin in a lie (he isn't really her manager, and he isn't gay), but the show deals with it really well. Chang also slowly teaches her to be wary of other people (namely, men who don't have the purest intentions towards her) and Noodao really listens to his advice and doesn't act stubbornly when it counts. These two were cutest when they realise they can't do without the other - at one point, Chang's boss wanted to pull him from the mission, and Chang had to tell the team that he is about to "quit". Noodao started missing Chang but didn't know how to express it and then when it all comes out, all she could say were physical things like how she will miss the food and the cleaning and stuff. So Chang went from being touched to incensed in the next second. But they both know that they care for the other deep down, and that is what matters! :')

Storyline - It was great - then it wasn't. I laughed from episodes 1 to 8, but episodes 9 to 11 were a bit of a drag because they focused a lot on the bad guys. This show ends happily, but not to the credit of the good guys. The bad guys basically combusted because of internal strife, not through the efforts of the good guys. This is a waste though, because the show could have been so much more. And there were barely any Chang-Noodao scenes in those few episodes, which was why the show felt like a drag. There was a strange kidnapping sequence all the way at the end and Noodao and Rung (Noodao's rival in the entertainment industry) resolved their long-standing rivalry. It was hilarious, but I don't know how it adds to the story. Perhaps it was because the drama was rumoured to be 14 episodes long, so the editing felt especially choppy towards the back when they had to cut to 11 episodes (and lots of actual scenes were cut and made to be "flashbacks" instead).

All in all, I had a ton of fun watching this show and Mint was amazing as always. However, the last few episodes of the show dragged it down. The main leads didn't even have a proper ending - I had to watch the first part of episode 1 to see them "together". But overall, this was a pleasant ride. Watch if you feel like laughing throughout the entire show. :D