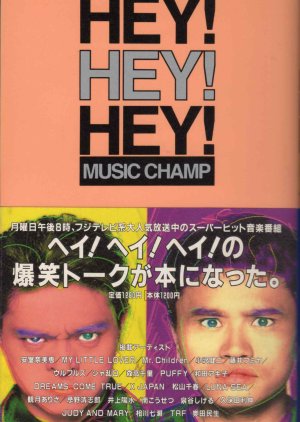 Hey! Hey! Hey! Music Champ was a Japanese music variety show on Fuji Television hosted by the comedy duo Downtown, which consists of Hitoshi Matsumoto and Masatoshi Hamada. It is a very popular show with comical hosts who like to pick on their guests. An episode usually consists of live performances (of recently released songs) from popular artists, chat segments and other fun and games. Many famous singers such as Ayumi Hamasaki, Britney Spears, Utada Hikaru, and Namie Amuro have performed almost all of their singles on this show. Japanese rock artists such as Glay, X Japan, Alice Nine, The Gazette, Nightmare, Gackt, and L'Arc-en-Ciel have also been on the show performing their hit singles as well as playing games with the hosts. All bands signed under Johnny & Associates have also appeared on the show as guests and have performed their latest hit songs. South Korean boybands SS501, Big Bang, TVXQ and girl groups S.E.S., Girls' Generation, and Kara have also appeared on the show. On September 18, 2012, Fuji TV announced that "Hey! Hey! Hey! Music Champ" would end its run after eighteen years. The series finale aired on December 17, 2012. Edit Translation 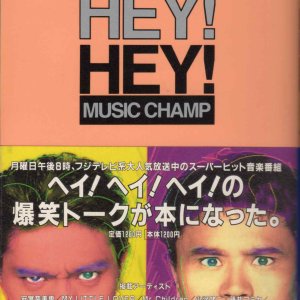 New Topic
Be the first to create a discussion for Hey! Hey! Hey! Music Champ