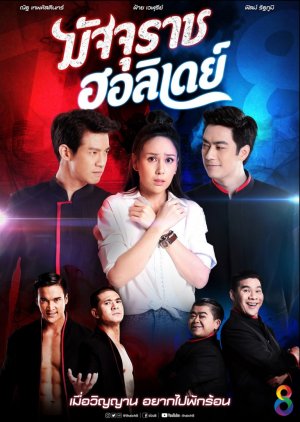 God of Death, guarding the 9th circle of hell, once decides to take a day off and goes to earth, where he collides with weather oddities, colds, and also meets a girl and falls in love with her. Edit Translation 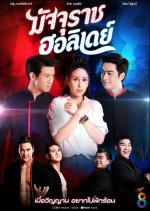 Completed
Onelovestorie
3 people found this review helpful
Other reviews by this user
0
Apr 11, 2019
32 of 32 episodes seen
Completed 0
Overall 5.5
Story 5.0
Acting/Cast 8.0
Music 5.5
Rewatch Value 3.0
This review may contain spoilers
So I was really looking forward to this show. I usually really enjoy fantasy style dramas and seeing as the ML is the devil, I was super excited about this show. However, the story was really lacking in the romance department.

The acting was really good. I especially liked the two lackeys of the ML, who were supposed to be his helpers. Their banter and humour was fun to listen to. The ML and FL had decent chemistry, but every other character in the show took up too much screen time. I felt like this show could have been condensed to around 16-18 episodes. The side characters got an inordinate amount of time to the point that each episode, the ML and FL interacted for about ~10 or less, sometimes ML and FL barely met each other in an episode. I think this was the biggest downside of the show. It could have been more interesting if we had more emphasis on the main storyline, instead of trying to add a million side characters who took up most of the screen time.

Also, I was also bitterly disappointed in the ending because I felt like the biggest issue (how a devil can love a human) wasn't resolved in a logical way. I still don't understand how the ML came back to the human world at the end. His competitor was promoted and in the next scene, we see the ML just come back to the human world? Are we to assume that he is now human? If he isn't human, then how is he going to get together with the FL? The last shot of them meeting each other again and hitting it off was so anticlimactic, and with the "The End" credit rolling in, I was flabbergasted. This show had 32 episodes, yet they spent 10 minutes at the end to give the couple a useless 'happy ending' that doesn't even make any sense.

Overall, this show had a lot of potential, I really liked the devil costumes, obviously the show doesn't have the biggest budget with the low res CGI in underworld, but I felt like they did a good job of giving the feel of hell, with the slick black suits and I especially liked the horns on the devils. Also, I mentioned previously, I think all the actors/actresses did a good job in the acting department, but this show suffered from excessive side stories which ultimately made this show super boring. I fast forwarded through almost all the side storylines after episode 20.

I would recommend this show to anyone who isn't that interested in romance but enjoys supernatural shows. However, if you like the main couple to have a satisfying romance arc, then I suggest skipping this show. 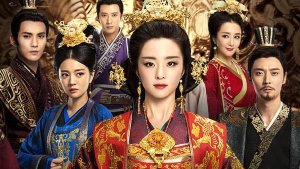