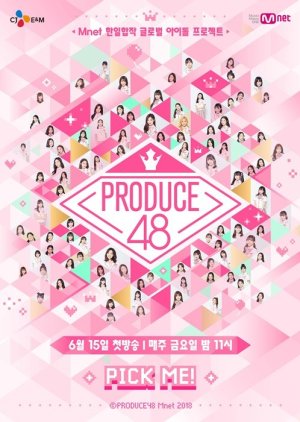 Being a collaboration between Korea’s “Produce 101” series and Japan’s AKB48 system, ‘Produce 48’ will feature competitions among 96 trainees from both South Korea and Japan, contesting for four months to debut as a global girl group. (Source: tvN Asia) Edit Translation 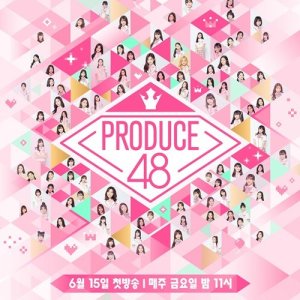 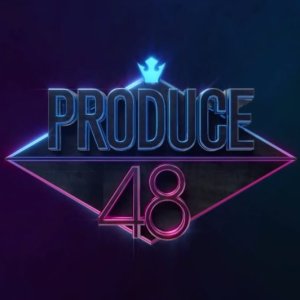 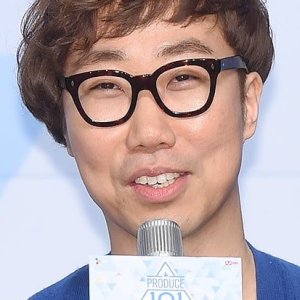 Dropped 11/12
YueofBlueGables
8 people found this review helpful
Other reviews by this user
0
Aug 31, 2018
11 of 12 episodes seen
Dropped 0
Overall 4.5
Story 5.0
Acting/Cast 6.0
Music 3.0
Rewatch Value 1.0
This review may contain spoilers
What a waste of time. I won't even bother with the final episode. I mean, I knew beforehand that I was watching a super shallow show, but it was interesting nonetheless. I wasn't rooting for anyone in specific. At first I wanted the Jpn girls to make it since I hated all the stupid comments about the "talentless" Japanese girls, but once I saw that i-fandom is super toxic, specifically, K-pop fandom, I knew I had to pretty much learn to ignore all the "haters". First and last time I am part of a GG fandom. Never again! Commenters are all about hate and who is prettier than who. This show wasn't about talent. Popularity and "visuals", that was it.

I liked almost all the participants, they were all sweet, pretty and talented in a certain area (I think being likeable is a talent. No one with just talent in singing and/or dancing can make it). I liked the trainers, specially the one who looks angry (she was the best), Soyou, Hong Ki and the host.

The channel, on the other hand.... MESS! What an awful editing, never again I am watching a show of this channel.

The final winners... ah well, at least I can say that Thank God many Jpn girls didn't make it! Unfair, but it was for their best. The amount of hate they got throughout the show, all the "controversies" (one of them was hated because of, literally, the city where she was born) and some of them because they weren't "pretty enough". Miyu is very talented, but if she won, eventually she may have succumbed to the pressure and do ps. On the other hand, there were some Kr girls that totally deserved it, but because of looking "old" or causing some stupid "controversy" (seems like being ambitious is a crime) they didn't make it. While others who were "cuter" did. Oh well. Like I said, being popular and pretty is also a talent.

Overall, interesting for the first 11 episodes, but right now I am just thinking how the hell I wasted my time on this.

Completed
Mertseger
2 people found this review helpful
Other reviews by this user
0
Sep 3, 2018
12 of 12 episodes seen
Completed 0
Overall 7.0
Story 6.0
Acting/Cast 8.0
Music 9.0
Rewatch Value 1.0
The following review was written before the vote-manipulation scandal discovered 1.5 years later revealed that the votes for the final 12 were ignored and the final members selected by the producers (see: https://www.soompi.com/article/1369776wpp/entire-lineups-of-x1-and-izone-reportedly-decided-before-finale-voting-ranking-of-a-wanna-one-member-also-manipulated ).

I am not a K-pop or J-pop fan, and so my review should be fairly free of any emotional investment in those scenes.

Produce 48 is the third Korean installment of a musical survival show produced by Mnet. The prior two seasons resulted in a successful debut of a girl-group and boy-group respectively. What made this particular iteration of the series more interesting from a global perspective was its collaboration with AKS, the parent company responsible for developing AKB48 in Japan and turning it into a wildly successful music group franchising organization. The initial plan was to do a version of the show in which half of the contestants were Korean trainees and half were Japanese idols from the various 48 groups.

That's not quite what we got. Produce 48 initially started with 39 Japanese Idols and 59 Korean trainees, and the show chose not to or was not able to allow people to vote outside of Korea. And so the contest was never particularly structured to be fair for the Japanese contestants.

The early episodes of the series are a quite interesting look at the differences in approach to artistic development and growth between the two systems. In short, the Japanese idols are shocking less well trained at singing and dance in comparison to the Korean trainees in their agency system. Now, that could be a bias of the presentation on this show; however, it's fairly well documented outside the show that the girls in the 48 groups are not, in general, provided with any kind of training while agencies in Korea can invest years of training into performers before their debut (and exact huge debts for from the performers for doing so, but that's a whole other discussion). What the Japanese idols do acquire from AKS is a wealth of stage and general entertainment experience.

Generally, the structure of the show is a couple episodes of the contestants preparing and then performing a song, and then an elimination episode where roughly a third of the current pool is eliminated until at the end of episode 12 we're left with a group of 12 performers to be known as IZONE. Voting for the contestants often begins weeks before a performance is shown, and so much of the fate of individuals is based on how much screen time they've managed to get and how well they present on camera rather than their ability to sing, dance or rap which is ostensibly are the skills upon which they are supposed to be judged. All survival shows are popularity contests, and Produce 48 is no different in that respect, but it's clear that the way the voting on Produce 48 is structured does not particularly serve to select the best performers which might be okay as long as you understand that fact.

The performances throughout this series were uniformly outstanding, but subject to the usual quirks of Korean editing where any notable moment good or bad is repeated immediately two or three times. Were the show more focused on the performances, it would be far better. The training segments are okay and the training staff are generally charismatic and professional. But there's also a lot of fluff around group selection for the performances, inevitable product placement segments and utterly crap and banal game segments that only serve to juice the votes for whomever makes the cut in the final edit. The host, Lee Seung Gi, does an excellent job until the final live episode where he could use a teleprompter and some training to get his head out of the cards in his hand.

In conclusion, Produce 48 was an intriguing cross-national premise that was poorly served by the game structure and production decisions. It was not a unmitigated disaster, and, indeed, resulted in some quality musical performances. However, it did certainly fail to live up to its hype, and it did fail to create a level playing field for the two groups involved. I enjoyed watching it, but it could have been much better with some fairly obvious structural changes.