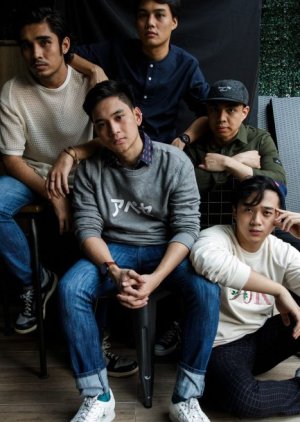 Hanging Out is the first ever Filipino gay web series. It is created in collaboration with OUT, a gay magazine. Hanging Out follows the everyday life of a group of mostly gay millennials post-coming out. It starts off with David, who stumbled upon a birthday party for Adrian and became friends with a new group of friends. Each episode is around ten minutes and shows a different snippet of the daily lives of gay men in Manila (the capital of Philippines). Edit Translation 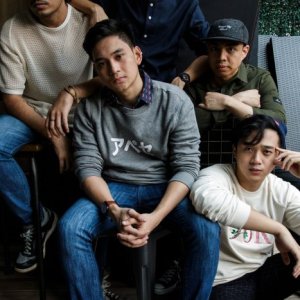 Completed
Baclaws
1 people found this review helpful
Other reviews by this user
0
Sep 7, 2019
6 of 6 episodes seen
Completed 0
Overall 9.5
Story 10
Acting/Cast 8.0
Music 10
Rewatch Value 10
This series strays from you typical BL fan service drama and instead focus on the point of view on what it’s like to be a gay millennial in The Philippines.

For reference, the Philippines is a predominantly Christian/ Catholic country with the older generations being more traditional sided. This show, however, cleverly tackles issues within the gay community with the point of view of millennials so topics such as hookup apps, HIV scares, and much more are cleverly woven into each 12 minute episodes like vignettes to portray an overarching image of love, lust, and life.

Another strong point of the series are the two main characters. The chemistry brought by the actors and the contrast between the characters produce a personal romance that viewers can relate and identify with. Sometimes the show just shows them talking for the whole episode, but it’s scenes like these that develop the differing characters and gives the audience an idea on where each opposing side is coming from.

The music is great! It has a modern indie pop vibe that goes well with the setting and the mood of the show. My personal favorite is the closing track “twenty years from now” that plays like a dance number but has lyrics that reflect upon the situation between the two main characters! (Seriously, it’s catchy af and quite unfortunate that the shows version isn’t on Spotify :/ )

I didn’t really have a problem with the acting but most of the side characters are a bit underused so it’s kind of hard to see their full potential! For example, there’s a straight character that has no significance in the show. I would have really liked for the show to have expanded on the idea of a straight man with a group of gays a bit more.

Overall, this show isn’t your typical Lovey-Dovey BL cheese feast but instead puts LGBT issues to the forefront with the point of view of millennials within a country with an unconventional social environment.

Completed
__namatamago__
1 people found this review helpful
Other reviews by this user
0
May 9, 2018
6 of 6 episodes seen
Completed 0
Overall 7.0
Story 5.0
Acting/Cast 7.0
Music 2.0
Rewatch Value 1.0
This review may contain spoilers
This is the first Filipino gay series, and it could have been developed way better. WARNING: may contain spoilers.

STORY: nothing special. This guy, David, meets a boy on an application and then goes to his apartment and knows his friends, they go out to drink together, they eventually manage to fall in love and go beyond the one-night stand thing. I didn't really get the ending. Also, the episodes were quite short (about 12 minutes each) and they were only 6, so everything was a bit rushed.

ACTING: not bad actually. I especially liked the only girl in the group and also Adrian's best friend.

OVERALL: I give a 7 because it's the first Filipino gay series, but it could have been much more better than this.