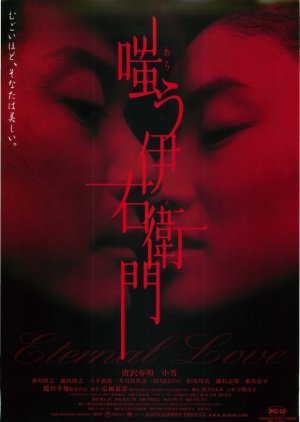 Famed writer Kyogoku Natsuhiko's romantic novel based on the classic ghost story 'Yotsuya Kaidan' is brought to the screen by director Ninagawa Yukio. After being forced to participate in the ordered suicide of his father, samurai Iemon gives up his position in disgust. Now masterless, he is offered the chance to marry into the family of wandering priest Mataichi. The catch is that the prospective bride, Iwa, has been horribly disfigured by illness, but her strength of character causes Iemon to fall in love with her nevertheless. However, Iwa's former suitor, Kihei, grows jealous of their union and carries out a successful plot to destroy their happiness. The lovers reluctantly go their separate ways, and Iemon remarries one of Kihei's mistresses. Iwa is enraged at learning of Kihei's deception, and soon the town is filled with rumors that Iwa has turned into a monster. Iemon is ordered by Kihei to kill her and does so, then turns his blade on his betrayer and is at last reunited with Iwa in death. Edit Translation 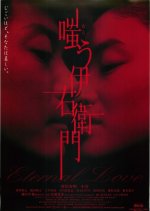