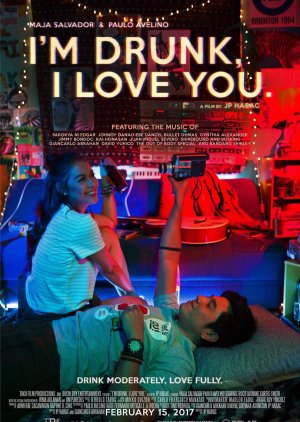 The story is about film student Dio and his female best friend, a social work major boyishly named Carson. Carson had been carrying a torch for Dio for the past seven years that they had known each other and played acoustic music together. However, Dio did not treat her anything more than a good friend. Now that both of them are graduating already, will something finally happen? Edit Translation 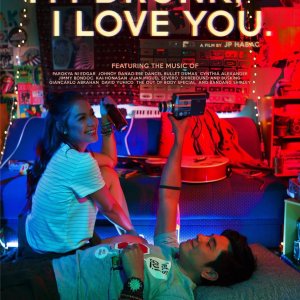 Completed
viewmii
1 people found this review helpful
Other reviews by this user
0
Dec 25, 2018
Completed 0
Overall 8.5
Story 9.0
Acting/Cast 9.5
Music 9.5
Rewatch Value 6.0
? STORY ?
In comparison to other Filipino romance movies, the story of this movie stands out. Maybe it's because of its dose of unpredictability, but this movie is definitely not your average Filipino romance movies.
For the record, I think this is more of a story about friendship than love. The story's cover is basically Carson's 7-year-old feelings for Dio, a best friend who seems to be oblivious of her love for him. The cover of the story may seem like a hopeless love but do not let the description fool you because the story isn't merely a love story.
It's a depiction of graduating students questioning the future and what they will become of. This story uses alcohol as a plot device, making it quite the movie. It's a refreshing splash of reality that doesn't give its typical happy ending.

? ACTING/CAST ?
Let me start this off by saying this: while I am a huge fanatic of Filipino movies, I find myself not keeping tabs and being a fan of several hotshot artists. The only Filipino artist I consider myself a fan of is Paulo Avelino, so you can guess that my bias for him will play a major role on this criteria.
Now, the reason I am a fan of Avelino is not because of his good looks (if that's the case, I would've followed loads of actors already). I am a fan of Avelino because of his acting skills- which is fresh and precious each and every time.
This movie did not change that perspective. Avelino played the role of Dio pretty well!
Dio is this seven-year film major who suddenly decides that he won't be attending his graduating after persevering in his major for seven years. He is this man who seems to not be afraid of time and pressure from reality. This perk makes him appear mysterious and enigmatic. Add a dose of his love for music alongside his heavenly voice- it's not question why Carson fell in love with him. Paulo Avelino portrayed this type of character perfectly. Considering the roles he usually partake in, it's surprising how well he got into the act.
Now, let's talk about our female lead, Maja Salvador. I know Salvador as she is considered one of the veteran actresses in the Filipino industry. I cannot refute that.
I've seen Salvador's movies (I've even watched her famous TV series, Wildflower, but dropped it due to some other reasons) before and I can tell you, the characters she usually play are pretentious, classy, and intimidating. But in this movie, Salvador played Carson- alcoholic, boyish- but lost in love with Dio. This was a fresh sight to see for me, as at some point, I thought- this is Carson, not Salvador. Albeit the sharp eyes, Salvador appeared in the movie as boyish and less caring of her choice of words and slurs, as she drinks bottle to bottle, and gives us the hopeless yet thoughtful Carson.

? MUSIC ?
"Minamahal kita! (I love you)
Ba't di ka maniwala! (Why won't you believe me?)
Anong kailangan kong gawin (What do I need to do?)
Upang seryosohin mo. (For you to take me seriously)
Ang aking sinasabi (What I'm saying)
Tungkol sa pag-ibig ko sa 'yo. (Is about my love for you)
Maniwala ka sana, minamahal kita! (I hope you'll believe me, I love you)"

Having a cast that has good voices and a male lead that loves music sure has its perks. I'm Drunk, I Love You covers a lot of OPM songs that are considered classics. One of the scenes that I love in this movie is Carson and Dio's duet of Maniwala Ka Sana (the one quoted above).
The choice of song for the climax is sad and beautiful too- it's Hanggang Dito na Lang (its literal translation in English is 'just up here' but I dunno) by Jimmy Bondoc.
The choice of OPM is something I appreciate ?

? REWATCH VALUE ?
Although it's a beautiful movie, I can't say that I'll rewatch it again. Maybe some scene of Paulo Avelino or Maja Salvador singing but other than that, none.
It's a beautiful and intoxicating movie but it's honestly worth rewatching once.

? OVERALL ?
The cinematography for this movie is to die for. Not only that, but this movie really gives me the 'indie feels' (it is an indie movie).
The characters are something I appreciate, and although the ending angers the majority, I honestly can't think of a better way to end the movie. It's just fitting, considering Dio and Carson.
Although I may sound foolish, I'm Drunk I Love You is a Filipino aesthetic. Underneath its colorful shots and wonderful cinematography is its cold slap of reality. And while it talks about love, I think it's a story focusing more on the strength of friendship ?

New Topic
Be the first to create a discussion for I’m Drunk, I Love You