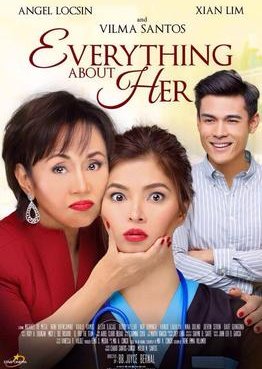 Vivian, a successful businesswoman, learns that she is suffering from stage 3 cancer, and hires a private nurse, Jaica to take care of her. But Jaica begins to play a bigger role in Vivian's life as she becomes the bridge between Vivian and her son, Albert who has felt neglected all his life. The three change and are changed by their circumstances? Edit Translation 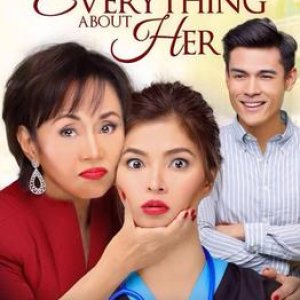 Completed
Herman
2 people found this review helpful
Other reviews by this user
1
Mar 31, 2019
Completed 1
Overall 7.5
Story 8.0
Acting/Cast 9.0
Music 6.5
Rewatch Value 7.0
I've tried a few Filipino movies in the past that I couldn't really get on board with mostly because I couldn't take them seriously. Even if they're romantic comedies, which genre I often enjoy, there's something in past Filipino movies I've tried that put me off somehow.

This is not a romantic comedy. It's also not a tragedy, nor is it a plain romance.

Story (8/10):
The basic premise of the story is pretty simple. A mother who has neglected her son due to her company gets cancer. She gets a live-in nurse who helps bring the two back together. Overall, there isn't anything super complicated or exciting beyond this plot, but I thought it was written well and the cast did a great job bringing the script to life. I see how parts could have been flat with a less talented cast, but there was also a bit of added emotional lines with the nurses family that I think made this a decently solid story. I'm staying spoiler free so I'm not going to give any more details, but the story is emotional while being uplifting and giving a message of just living life to the fullest with no regrets.

Acting/Cast (9/10):
Simply put, what made this movie for me was the cast, mainly the mother Vivian Rabaya and the nurse Jaica Domingo. These two were great on their own and when put together it was perfect. One of my favorite scenes was the two of them talking together outside in the evening and getting very emotional. The scene was very well acted especially from Angel Locsin (Jaica). The same holds true for almost every other scene the two are in.

Then there's Xian Lim, who plays the son Albert Mitra. I was a little less than enthused with his acting and I felt that the more the movie went on the more I was unbelieving in what he was trying to portray. He wasn't terrible by any means; he had a few emotional scenes that were not too bad. However, every now and again he'd be saying a simple line and it would sound really forced. All that said, he's not bad looking and had pretty good chemistry with Angel. I mostly forgave him with the scenes of them at the end. :)

The rest of the cast is less of a highlight in the movie due to the nature of the storyline, but there were also some good performances from side characters and no one who I could pick out as a bad actor.

Music (6.5/10):
Part of the job an OST is supposed to due is blend seamlessly with the visuals and I can say that this didn't stand out in any negative way. However, a truly good OST will stand out in the opposite way and be noticed not just for highlighting the movie, but being good as a standalone (at least, IMHO). This score is fine in portraying the emotions of the movie, but also nothing noteworthy.

Rewatch Value (7/10):
I can actually see myself rewatching this at some point. If I did, it would probably be to see Jaica and Vivian again. I'm going to have to try to find more Filipino dramas in this vein since it's one of the only ones I've genuinely enjoyed so far...

Overall (7.625/10):
I think as an emotional, uplifting, thought provoking movie, I've definitely seen better. But it's also really enjoyable and the cast was (mostly) a pleasure to watch. There's also a sprinkle of romance (drama free) for all the romantics out there that adds that extra bit of flavor to an already enjoyable film. However, if you're watching this for the romance, that's not what this movie is about. I'd still recommend it anyway...