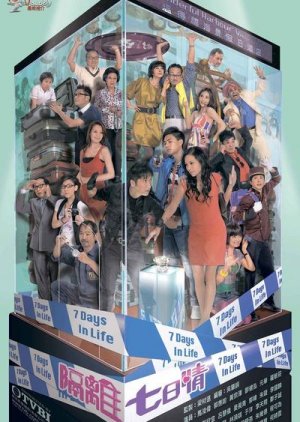 Calvin and Christy, a pair of professional thieves, are quarantined in Wonderful Harbour Hotel for 7 days after the Hong Kong government discovers a guest at the hotel who is diagnosed with H1N1. The couple encounters a cop, a bellboy, a prostitute, a news reporter, a legendary thief, and several other rich and poor hotel guests and employees whom reluctantly bond together during their stay in the hotel. Edit Translation 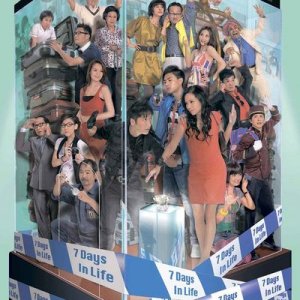 Completed
Fraxer
1 people found this review helpful
Other reviews by this user
0
Jul 19, 2015
20 of 20 episodes seen
Completed 0
Overall 9.5
Story 8.5
Acting/Cast 9.0
Music 8.0
Rewatch Value 9.0
Ok I'm stumped and clueless. I really don't understand how this drama is rated sub-7, when so many retarded (pardon my French) Kdramas get 8+ ratings (o_O). Such is the case with many other TVB HK dramas. I hope people won't judge them so just because they don't have a cutie pie as the hero and glossy, heavily-made up actresses playing the lead roles (many of them are attractive here as well).

Story: A variety of people gather in the Wonderful Harbour Hotel on a particular day when a Mexican diplomat staying there contracts a new strain of influenza. Keeping up with the health laws, the whole hotel along with its residents is quarantined for 7 days. The story follows these 7 days, as the viewers gain insights into the reasons such an odd group of people turned up there at the same time. This is based on a true event from 2009, when the first H1N1 case was reported in a hotel in Wanchai and the hotel was sealed off for 7 days.

Characters (this might be long, but I'll try to keep it short):
Chiu Chin Lung: A typical 'act first, talk later' cop. He can't ignore injustice, which leads to him taking matters into his hands and landing him in trouble. He's investigating the kidnapping of a boy and ends up in the hotel while chasing the suspects.

Tong Ching: An enthusiastic journalist, who gets to know Lung the day before the quarantine. She enters the hotel to get evidence of an affair between a rich businessman and a bank superintendent. She joins hands with Lung to track down the kidnappers.

Yik Cho On / Calvin: A professional thief (a la Robin Hood?) who robs the rich and donates a fraction of the loot to charity. He disguises as a Thai Chinese businessman. As is expected, we get glimpses into his past, showing why he became what he is.

Wong Ka Yu / Christy: Calvin's partner and girlfriend, disguised as the wife of a rich Shanghai businessman. Though her rational personality clashes with Calvin's impulsive one, they care for each other deeply.

Ho Chan: The jack of all trades at the hotel. He is nicknamed Chief and seems to have a hidden past, which once revealed, can throw many lives into disarray. He helps Lung and Ching with their investigations.

Tai Siu Nam: The bellboy at the hotel, who is in cahoots with the kidnappers.

Yao Dan: A supermodel (but is she really who she claims she is?)

Au Yeung Ka Ka: An escort, who gets called out by a businessman staying at the hotel and ends up getting quarantined. One of the few who actually enjoy the situation.

Kwok Wing-mui: Lung's mother who's obsessed with getting him married.

Acting/Cast: Most of the actors did a great job, especially Cheng Joyce. She really shines as your plain Jane. The scenes between her and Bosco Wan are a treat to watch. No romance, its just a pair of incidental friends poking around. Ma Steven and Kwok Sonija share a great on-screen chemistry with their constant on-off relation. Barring maybe one or two, you just don't get to hate anyone ^_^

Music: I'm no big fan of HK music, but I found this one entertaining (enduring?)

Rewatch: This can be categorized as a thriller with a dose of comedy and romance. There are really not many unnecessary scenes. One of the few dramas I feel I can rewatch without using the fast-forward option!

Concluding Thoughts: This is really an awesome drama with a highly convincing ending. It can be seen as an "everyone gets what they want" scenario, but you do feel sorry for the most unlikely people. With so many stories tied-in, the director did a meticulous job of keeping the audience occupied. When the bunch of unconnected people start to bond together, you really start cheering for them. After all, no man is an island.

It might not have the glamour of many other dramas, but that is not what it was meant to be. TVB dramas are known for their outlook at reality and this drama excels with that perspective. If you appreciate a good story with good acting, this is the one for you. Highly recommended!

Completed
AsianDramaLover99
0 people found this review helpful
Other reviews by this user
0
Jul 6, 2017
20 of 20 episodes seen
Completed 0
Overall 5.0
Story 6.0
Acting/Cast 8.5
Music 6.0
Rewatch Value 3.0
WATCH THIS IF YOU ENJOY A LITTLE BIT OF COMEDY MIXED WITH A LITTLE BIT OF CASE-SOLVING AND A TYPICAL ROMANTIC STORY LINE

I found this drama quite interesting because it spreads 7 days into 20 episodes. However, I could already predict the outcome by episode 6 which made it kind of boring to watch for the next 14 episodes. The drama follows the stories of the different people who are stuck in the quarantined hotel as well as the interactions between the other people in the hotel. At the beginning of the drama, questions are raised about relationships, morals and the background of the people in the drama and then answers them all by the end. The director cleverly interweaves this story and comes out with a happy ending which is expected by the audience. Even though the "interweaving of stories" was well executed, the individual stories themselves were quite cliche and predictable.

The acting however, was on point.

Would I rewatch this again? Probably not seeing as I already know how the plot plans out and the story line wasn't exactly amazing. Not one of the best dramas involving these actors either, but watch it if you think this is for you!

If you want an in depth review of this drama or more reviews on other drama please follow me on my blog :D
https://asiandramareview99.blogspot.com/2019/12/7-days-in-life-2011.html