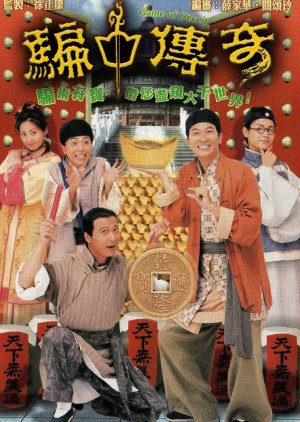 Nick Cheung and his childhood friend, Chin Ka Lok are tricksters, useless people who trick people, deceiving them and thus earning their money to live day by day. Actually, Chin Ka Lok is the decent one coz he has a conscience whilst Nick Cheung had none. Their parents didn’t know of their occupation, in fact, Wu Fung, father of Nick thought his son was like a decent, honest man, which he’s isn’t. Anyway, Jessica here plays the role of a woman pretending to be a man all her life. She is actually like those people working for auction house where they clarify the authenticity of certain artifacts for a fee. She is smart and very very knowledgeable but the trouble was that the rule of the business is the only man can carry the pivotal job of authentification so that was why all her life she dressed like a man,even has a fiancee in the form of a mega-rich man’s daughter, who is spoilt. Jesicca tolerated her because she felt guilty for after all she cheated the girl’s happiness in a way. Anyway, many things happened,she and Nick Chenug ended up being married to each other for the sake of the business(and they hated each other),the young spoilt girl ended up with so much hate in her that she went and become a prostitute so that she can continue to have all the luxuries she was used to whilst she plots her revenge against Nick and Jessicca, Chin Ka Lok who was crazy about the young spoilt girl ended up liking Jesicca’s protector/servant, Yuen Keng Tan who in turned liked him like eons ago. In between, there’s a lot of cases going on and that involved the King himself in a very touchy issue of power play. (Source: point2e-reviews.blogspot) Edit Translation 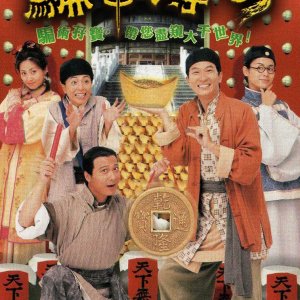