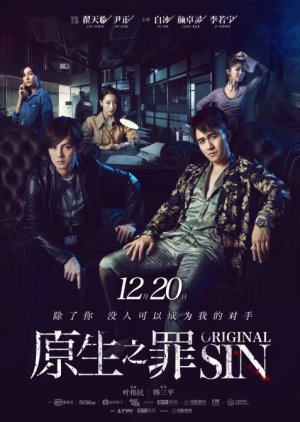 A lawyer who has been sentenced to jail becomes successful in business after serving time. A cop with a flourishing career solves case after case. The two people who are on opposite sides of the law are forced to join hands. Chi Zhen (Zhai Tianlin) uses his wits and courage to outsmart the rich and power, making him a thorn in the side of the police force and earning him notoriety in other circles. Meanwhile, model student Lu Li (Yin Zheng) graduates from police academy at the top of his class and commences his dream career in the police force. After cracking a series of tough cases, he is promoted to chief of police within just a few years. Four years on, Chi Zhen and Lu Li’s paths fatefully cross. Though polar opposites to begin with, the ex-convict and chief of police put their differences behind them and come to trust and rely on each other. [source: chinesedrama.info] Edit Translation 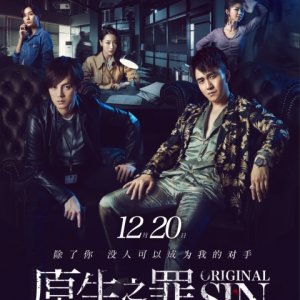 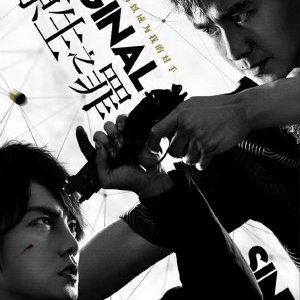 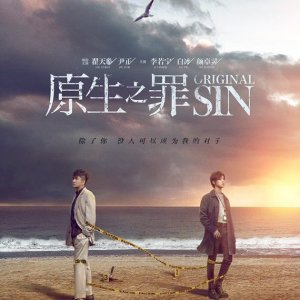 Completed
Rin
8 people found this review helpful
Other reviews by this user
0
Feb 9, 2019
24 of 24 episodes seen
Completed 0
Overall 7.5
Story 7.5
Acting/Cast 9.0
Music 8.0
Rewatch Value 7.5
This review may contain spoilers
I applaud the show for managing to sustain my interest - enough for me to binge-watch it in 3(?) days, despite its mystery/crime genre, which I'm usually not as motivated with. This is attributed to the overall fast pacing, compelling lead characters and relationship tension, dashes of appropriate humour, and interesting cases (though this point, I say with contention and will be elaborated on later).

Before I proceed on to sound like I'm nitpicking, I would like to say that I am still quite personally fond of this drama, which is why I am feeling a little indignant about its unlived potential and significant writing flaws.

The cases are sufficiently engaging, for how the cases are set up with imaginative and intriguing leads and premise. I'm not one to get picky with mystery shows nor are they my biggest concern when I watch such shows. Even so, I have also watched a fair amount of them for someone who hasn't been that particularly interested, so I could sense in my guts that there has been something about the storytelling and portrayal of the procedural which often left me kinda empty.

I won't pick too much on some details like how sometimes I question the ethics and methods of the profession (like, CZ and LL revealing details of ongoing cases to outsiders - is that even ok?). But what truly bothered me the most is with how convoluted and imaginative the methods of crime are, the reveal often turns out to be anti-climatic. The reveals tend to be abrupt - the true backstories comes gushing out all at once when the arc approaches the end, instead of a slow build-up. (Though with this, it's interesting to note that the knowledge we have as audience about the cases can be different from what the lead characters know - I wonder what is the significance in this choice of storytelling.)

And most importantly, my main gripe with the writing of the cases is how there usually is a significant disconnect between the severity of the crimes and the perpetrators' personalities and motivations. (eg. A motherly housewife who suddenly lost all sense and planned an elaborate and cryptic murder after the death of her son; a money-grubbing, loafing, family planning an elaborate insurance fraud, etc etc.) Despite it being understandable that they're filled with hate and greed, but I still see a huge gap between the timid-looking or ordinary commoners, and psychopaths. The string of suspended disbelief usually snaps for me during the big reveal; being unable to see the justification of them being driven to such distances. It felt almost like the writers started off with thinking about ~the most exciting crimes~, without connecting it to the people who could have committed them.

Although of course I won't say that this issue is applied throughout every case and its involved characters, it still happened more often than not. (ie. I did appreciate the last two cases because it was easier for me to see what had driven the murderers to such corners, and how they went about developing the crime was realistic for their circumstances.)

Having said these, I could close an eye on the flaws of the writing because understanding and sympathising with criminals usually isn't the most important thing. And what matters to me more are the lead characters, especially in this story.


So yes, Lu Li and Chi Zhen! I started being interested in this drama when they first wrapped up filming for the drama. I see Yin Zheng and Zhai Tian Lin, both actors who I know/heard are good actors despite this not being my type of genre. Double male leads? Ah, ""brotherhood"" ... then until much later I read about them having their respective hetero love lines, it was kinda disappointing, because I didn't want to be queerbaited. Then I put this drama aside until it aired, and saw that many of the fandom friends and some cdrama commentary videos highly praising it.

Indeed, I was not disappointed by the leads' performance, especially Zhai Tian Lin! I haven't seen him in anything before, though I've heard good things about him. He's a very charismatic and expressive actor, he brought Chi Zhen to life. Yin Zheng's Lu Li pales slightly in comparison due to the gloominess of his character, but did well too.

What is the best about this show really, is the lead characters. Both of them carry with them emotional burdens - a sense of guilt to some extent for what had happened beyond their control. And with this, their lives intersect - their tension first comes with their roles as a police and lawyer, then eventually to revealed to be families of an accused murderer and murder victim. Chi Zhen is broken - he believed that nobody truly cared about him and he had been lonely his whole life, yet he was evidently still so full of empathy. Lu Li is broken too - his entire world view built since young had collapsed after his father's arrest, and once managed to open up, and that ''normal'', blissful family life left him once again. Both of them thus indirectly found solace through their professional duties - their intertwined pasts fuel their drive to uphold justice.

And, here I have to admit I still see their relationship as platonic, despite the fandom's tendencies to ship them. We just really haven't seen enough of them for me to feel extremely invested. Furthermore, I personally just find it hard to ship two characters which already have their own respective canon love lines with other people - and I actually kinda liked those respective love lines so, yeah. (RE: my previous worry about queerbait.) But this is just my personal opinion.

With the amount of time given to the cases, the unlived potential is definitely of how I don't see enough of the leads and their interactions - and their storyline in general. The show puts in effort to draw some parallels between the messages drawn from the cases with our leads, but they were extremely subtle and was kinda lost halfway through. I want to see more of our leads, I want to know more about them - we haven't gotten to the case of LL's dad and CZ's sister. I had expected more from the backstory of CZ becoming a businessman, as it seemed to involve conspiracies and bigger implications with the triads. And these are what I am looking forward to in the second season...!


Now, regarding the last episode. My main and only confusion with the story only surfaced in the last episode with Dong-ju's involvement in the last case. He has always been around, and we know he does play some a role in the background as a grey character - but there wasn't significant build-up on what would lead to his actions in the last arc - and that really came abruptly out of nowhere. Thus, it made the climax felt rushed - I didn't really feel much for LL/CZ's emotional scene in that and there wasn't enough build-up/time to process CZ's actions at that point.

This eventually developed into the infamous ending which unleashed fury on Weibo from the netizens. I didn't actually feel strongly against it but the ending left me perplexed. Chi Zhen *can* die (and his last words with the train tracing back to what he said before really was an emotional punch), I'm ok with character deaths if they're justified. Perhaps CZ was already cornered to the point he might as well be dead instead of being a fugitive... but being conveniently stabbed by a rando? That was just ridiculous. And while I was still struggling to figure out CZ's decision to kill Dong-ju and ended up on a runaway, his abrupt death leaves one stunned. To top that, CZ had been so sad and lonely his whole life, and he died when he was so close to love and being supported, it's understandable how anybody would get mad at his unjustified ending.

And here is the twist: it seemed like the 24-episode's ending was made this way because of some internal conflicts within the production team. We do know that CZ is actually not dead in the bonus clip - as it seemed to be planned by the scriptwriter initially. And now, we look forward to season 2!

If we didn't have a season 2 planned, I would be even more disappointed. Ideally, this shouldn't have been 24 episodes - but should have had a couple more episodes to resolve LL and CZ's backstories, and it would have been a complete narrative. There was so much more the drama could have achieved, so much more I had expected at the start - but it didn't fulfill, as much as I would have loved to rate it more highly.

Nevertheless, if you're contemplating to watch this, I would say that it's still a relatively worthy watch - but do so with managed expectations.

Completed
Alieninthissociety
0 people found this review helpful
Other reviews by this user
0
Dec 15, 2019
24 of 24 episodes seen
Completed 0
Overall 8.5
Story 10
Acting/Cast 10
Music 6.0
Rewatch Value 5.0
This review may contain spoilers
Each criminal case was fascinating. The investigations and the way they were conducted were impressive. In the Crime Investigative Unit, there weren't the typical idiotic cops.

There were characters who angered me but none who annoyed me. Big Plus.

Sadly, all of the main characters had dismal early development:
One's father was a convicted serial rapist & murderer.
One was repeatedly raped by her adoptive father and abused by the rest of the family.
The other carried the guilt of his sister's murder and lost the love of his mother.
Yet they all tried to live righteously. I just hate their final decision and how it ended.