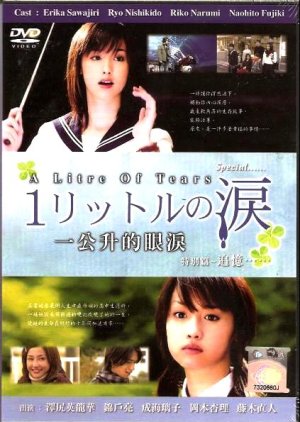 The Story of the 1 Litre of Tears special takes place after the events in the main drama. The Special takes the view of Asou Haruto who is remembering life the way it used to be before the events of the last episode of the series. Edit Translation 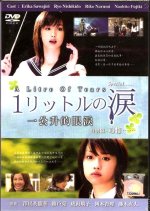 Completed
MonjaElisa
27 people found this review helpful
Other reviews by this user
0
Dec 29, 2011
1 of 1 episodes seen
Completed 0
Overall 10
Story 10
Acting/Cast 10
Music 8.0
Rewatch Value 8.0
This review may contain spoilers
The 1 Litre of Tears special takes place after the actual drama events have taken place. Aya has now passed away and everybody is doing their best to live on with their own lives.
I'll be writing a spoilerless review..

Mitsuki is a girl diagnosed with the same disease as Aya, the biggest difference between her and Mitsuki would be how Aya tried full out believing she could beat her illness.. Mitsuki is only 15 years old herself, Yet she refuses to accept any shape of treatment from the doctors, This main doctor being Asou Haruto. She is given a book, Or a motivational diary moreover by one of her rehabilitation friends. This mysterious diary, As she starts to read inside of this diary she find herself becoming more and more dragged into the feelings of this girl from the book. This Ikeuchi Aya-san, Who was she?
Interested in knowing she starts asking around and finds out that Asou has had relations with her before..

Through this special you will find this being a summary of the drama in itself, along with how you'll be presented with a few new people and a better ending to the story. How did family and friends live on after Aya's passing?

I pretty much liked the special. They managed to do it pretty well, And it has by my opinions a better ending than the actual drama had even though I liked the other ending to...

This special was just as sad as the actual drama. It had me crying under almost the full out special. The musical score was pretty good. Mostly the same music as it originally was in the Drama though with a few new songs added.

Completed
jollibee
4 people found this review helpful
Other reviews by this user
0
Nov 13, 2013
1 of 1 episodes seen
Completed 0
Overall 8.0
Story 7.0
Acting/Cast 10
Music 6.0
Rewatch Value 10
i definitely recommend this if you have watched the series and is still in your tear-jerking-runny-nose hangover.

there isn't really much of a story and most of the special are flashbacks but i like it because it shows you what happened after which you rarely see in other dramas.

in a wrap up you can say that it's a wrap up to an end.
Was this review helpful to you?