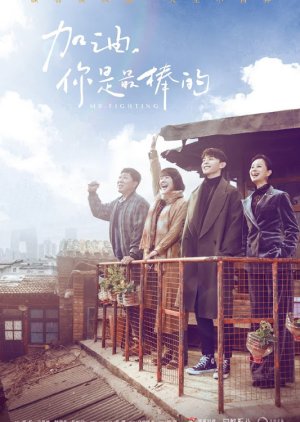 A story about the little people in society who join hands to help an actor regain his fame and find warmth with each other during trying times. Hao Ze Yu debuted 10 years ago through a talent competition. The years have not treated him kindly as he is now considered a has-been. He meets an unconventional team comprised of the beautiful, middle-aged Niu Mei Li, the chubby and unemployed Fu Zi and Fu Zi's dad who works as a driver. The three are determined to turn Hao Ze Yu into a big star. Through a stroke of luck, Hao Ze Yu gets his shot at stardom which ignites a series of events. The interim family unit is in danger of falling apart as romance complicates Hao Ze Yu's choices between personal interest and family. (Source: ChineseDrama.info) ~~ Adapted from a novel with the same title by Zi You Ji Guang. Edit Translation 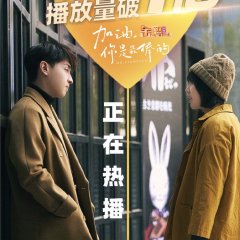 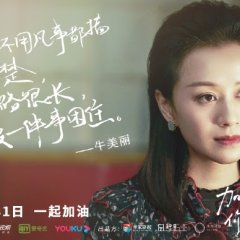 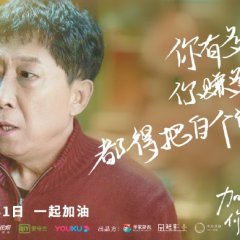 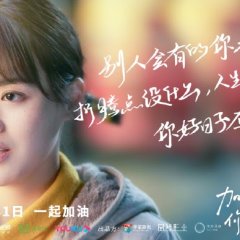 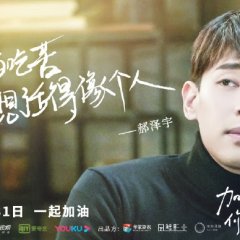 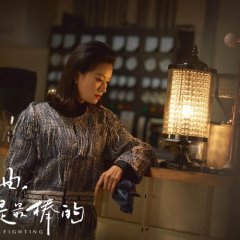 Jiayou, this is the best drama

I don't think I should be reviewing it 10 minutes after watching the last episode but here I am, this is my first review on MDL and my face is still wet from all the crying since I watched the last 4 episodes in a row. This one is gonna be a long one.
Since this is my first time I'll write it as I feel it. Also English is not my natural language so please be patient.

Music: according to last.fm I listened to 坚强的理由 168 times last week :) I cried a bit when it played for the first time in that hotel scene. First bc I recognized Eric Tsai's voice (and I love him so much -listen to Fool and Idiot, guys); second, the lyrics and third, the was a sad scene and we were so warm with HZY and FZ travelling together and all. I'm also a fan of Wu Qing Feng who sings the opening song. Shout out to Fish Leong <3; Ma Si Chun and Deng Lun, I didn't know they could sing. The OST is really great.

Dubbing: as important as the actors on screen, dubbing can ruin everything. Just like those scenes you know you're supposed to feel sad, the actor on screen is suffering with his face but then he sounds like Marvin, the paranoid android and all the feeling is lost. This one is dubbed at some few lines maybe to correct sth and it's dubbed by the same actors so it's okay, it's not cringey and it doesn't affect the acting on screen.

Acting: I judge acting simply by how the actor makes me feel and if it matches the scene.
I came here for Ma Si Chun. She's my girl crush and I'm 100% biased by her. But I have to say I wasn't expecting her to be this good. Ma Si Chun came to a point in acting where you can't see her, you see FZ and FZ only. She didn't try to look good on camera, she was just her character. On the other hand, at first, I was negatively biased by Deng Lun. I'm really sorry but because of 'Ashes of Love' I thought he was overhyped. I didn't expect him to be a good actor... I expected him to be like HZY, a good looking so-so idol actor. I'm glad to admit I was wrong.
All the cast was superb and natural. They responded well to each other and their adlibs were really funny. They broke character A LOT and it was AWESOME. I'm happy the director made the best of these moments.

Characters: I liked all the characters (even if I hated NM sometimes). Fu Fangshu was my favourite. I'm a sucker for soft tsunderes. The way he welcomed HZY, his love for FZ, the bickering with NM, the brotherhood with GDP. Lao Fu is a wise man who sacrifices for the ones he loves without wanting anything in return, he's just happy and caring and grumpy. The character development of all of them was really good. To me, the best ones were: Jiajia and Niu Meilli.

Romance: the romance is not what some people might be expecting. HZY and FZ are really cute. They care for each other, HZY is loyal like a dog, FZ devotes 3 years of her life to him, they bicker but it's not aggressive, it's light and warm, the confessions are cheesy :} but it's not 8-camera-angles-kiss... Tbh the kiss was a peck and that was it.

Story: 44 episodes, 45 min each, less than 15 characters... It dragged at times. The synopsis is okay, that's the story. No surprises. You get yourself rooting for them and being frustrated when something goes different from what we expected. This happens a lot until it hits you... That's life. We expect it to be a drama and everything going according to what we see in dramas but that's a genuine slice of life with some elements of fiction.

Completed
harunomasu
11 people found this review helpful
Other reviews by this user
0
Sep 11, 2019
44 of 44 episodes seen
Completed 0
Overall 8.0
Story 10
Acting/Cast 10
Music 8.0
Rewatch Value 7.0
This review may contain spoilers
I think that this is my first review in MyDramalist. I decided to write this review because I really like Mr. Fighting, and wanted to share my feelings with others

The story itself is actually not complicated, and could be considered as simple actually. It's about an actor who was popular when he was in teens, and then become the "washed-up" actor after 10 years, where no one actually know him (or remember his name anymore). With the help of the people he called as "Family" he stepped back onto the road of an actor once again

When i first read the summary, I think that the story is just too simple. Like, there's not much going on. I have predicted that there would be struggle to achieve stardom, but it will be the usual happy-go-lucky story. But when I watched the first episode, I know i'm wrong

The story is not heavy but it's also not fluffy. The drama might tell the story of Hao Zeyu and his road to stardom, but it's the story behind the scene that makes this drama so worth watching. His interaction with the people who he considered as his family, with Fu Zi, and also his struggle to become an actor. What I like is the simplicity of the story, that there's no actual "evil" person in the story (even agent Shi), and that they're just so human. They felt realistic and felt close to me, and that's why I could relate to each of them personally. I also think that the conflict is actually pretty real

This drama actually make me rethink about the word "happiness" itself. What do happiness actually means? Is it having a lot of money and could buy anything you want? Or is happiness the way you're able to be with the person you love and care most and laugh with them everyday? Just like what Fu Zi said, that she wanted normal and realistic romance, and this is what makes their separation, and then their eventual break-up, make me very emotional. I think I didn't stop crying since episode 43, and I continue to cry until the end of episode 44

The story is not gloomy, but it's also not the "fairy tale" story where everything will magically be okay even after a big conflict. And that's what makes me love the story so much

Acting/Cast
All the actors portray their parts properly and amazingly, even the supporting characters like Mr Gu (who like Niu Meili). Their wonderful action makes the drama felt even real to me

New Topic
Be the first to create a discussion for Mr. Fighting