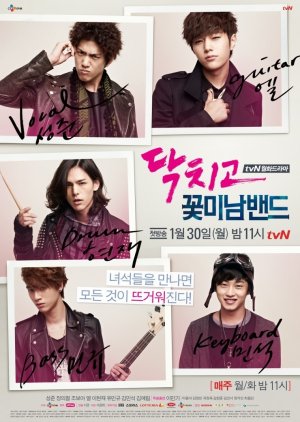 Byung Hee is the crazy, free-spirited leader and vocalist of the popular underground rock group, Eye Candy. Joining him is mood-maker Ji Hyuk, chic Hyun Soo, playboy Ha Jin, silent Do Il and baby-faced Kyung Jong. These boys rule their school until a redevelopment plan forces the delinquent-ridden school to close down. They're all assigned a transfer to Jung Sang High, but debate whether it's even worth returning to high school at all. However, due to an outside confrontation with Jung Sang's current ruling band, Strawberry Fields, Eye Candy decides to attend Jung Sang out of spite and rule the school once again. Edit Translation 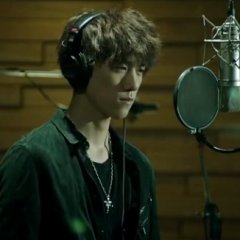 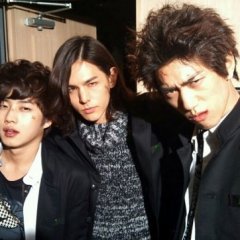 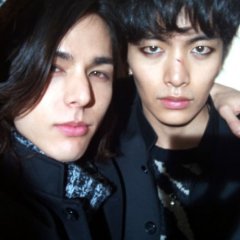 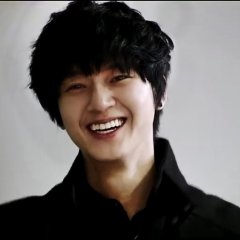 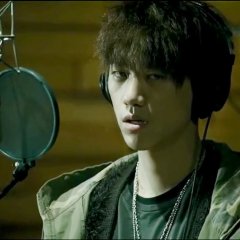 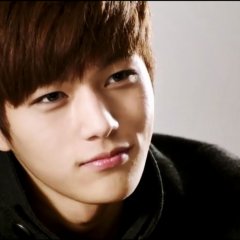 Completed
VioletSakura
113 people found this review helpful
Other reviews by this user
0
Mar 21, 2012
16 of 16 episodes seen
Completed 0
Overall 10
Story 10
Acting/Cast 10
Music 10
Rewatch Value 10
The best drama I have yet watched this year...
I was watching this parallel to Dream High 2, and the difference in the standards caught my eye more...
First of all, about the story. The bromance, love, friendship, family, these themes are very central in the drama, and are done perfectly. The characters are so perfectly constructed, that you'll start feeling for them after the 1st episode you watch.
The thing that amazes me in dramas like this, is that the characters are like brought to life, they became real for me, as they were not trying to be perfect, they were not perfect, and while absolutely loving every character of this drama, I could get angry with them, shout at my screen, and the next moment swoon because of cuteness, their friendship, romance...
Every episode has a story to tell, not like in some dramas, that just drag on, to get to the 16th episode... I have yet to find a scene I'd like to skip here (don't look for it :P).
I discovered several actors here, that I'm going to follow to other dramas, whatever role they take :P
First, Sung Joon, I'd seen him in Lie to Me, and impressing he was in the beginning of the series, but as the romance advanced between the leads, his character faded away, so to say honestly, when I saw him in the first episode here, I didn't know I knew him :P Though his rough voice was reminding me, I didn't catch the signals... Honestly, now I'm very much in love with his down to earth portrayal of Ji-Hyuk, I loved his caring for his friends, his shyness with Su-Ah, his mess ups as a leader, but at the same time honesty and not giving up... (I can't believe he's just 2 months older than me Y_Y)
Jo Bo-Ah, as Soo-Ah! Fantastic girl :) When I saw she's a newcomer, I automatically started searching flaws in her acting... guess what... didn't find... She did better than great, her acting sometimes reminded me of Inoue Mao's portrayal of Makino Tsukushi in Hana Yori Dango, well to think of it, her character really had similarities to Makino. Love her brave and caring character. (THANK YOU FOR NOT LEAVING!!!)
Becuse of MyungSoo (L), now I'm a fan of INFINITE :P Though sometimes he was trying to hard with his icy stare, he's a cute guy and I think he did great, his character was in the end the balance the band needed (speaking about balance...) Do-Il... I can day, this guy... we're seeing him in more dramas from now on, he's gonna become SO popular with his unusual looks (especially eyes..)
Not even going to mention Lee Min-Ki's character, oops, I did... ok... His character just glued me to this drama... an unforgettable character, like a firework, brilliant in the night, and even when it already out, it leaves an unforgettable impression...
If you think this drama is going to blow up your mind by something super new and undiscovered, you're wrong, it's actually a very old story... 'friendship or love'?
Well, guess what, the script writers did great, the main point becoming, it can be both, only you have to be honest with both parties and most importantly with yourself.
I have enjoyed every second of this drama, and can't imagine that I won't be waiting for it next Monday and Tuesday... At least I can keep the songs and rewatch the episodes, by the way, the music is also very-very good, immersing you into the boys world in the moment it starts...
I'm gonna miss Eye Candy! (who;s gonna read a review THIS long?... I had to speak up, haha~)

Completed
pigguboo
76 people found this review helpful
Other reviews by this user
0
Jul 4, 2012
16 of 16 episodes seen
Completed 0
Overall 10
Story 10
Acting/Cast 10
Music 10
Rewatch Value 9.0
This is a seriously good drama. I was turned off at first at the idea of ANOTHER music drama, because I had been sorely disappointed in the ones in recent years.

'Shut Up' is not about music or a band, though. The friendship, rather brotherhood, between the main characters is the driving force and is what makes this drama so enjoyable. Bromance between hot guys is fun to watch no matter what, sure, but the writing and overall development of the story made everything even stronger.

About L: I'll admit, I had issues with watching this at first because sticking idols into dramas never really turns out well. He is a really fantastic actor though. At the risk of giving too much away, I'll just say that even though I'm not a fan of his, I was very pleasantly surprised by this performance. He has real talent.

The music is so good. Crappy music can really break a decent drama, but 'Shut Up's music really made everything better.

Everyone says this is an emotional, heart-wrenching show, but it's also one of the only dramas to make me actually laugh out loud at my screen. Everything was crafted so nicely from beginning to end.

If anyone else is on the fence about giving this a shot, just go for it. (Rewatch is a 9 only because I rarely rewatch dramas). I watched this in 2 days because I literally could not pull myself away. Give it a shot!

New Topic
Be the first to create a discussion for Shut Up: Flower Boy Band