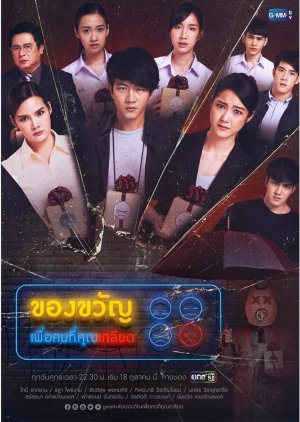 7.2 Jigoku Shoujo (2006)
Synopsis
Have you heard of Hell Correspondence? Those with a powerful grudge may only access this mysterious website at midnight, allowing them to enter anyone's name and have that person be ferried straight to hell. Ai Enma, the Hell Girl, will not judge whether or not the chosen target deserves punishment; she will merely exact revenge on them for you. Not much is known about this young girl other than that she swiftly carries out her tasks with the help of three straw dolls. There is just one catch, however—as payment for carrying out such a request, the user must condemn themselves to an afterlife in hell.

9.1 The Gifted (2018)
A Gift to the People You Hate features almost half of the same cast as The Gifted so you can expect same the amazing acting fitting for a thriller. Fiat’s performance in this one is especially laudable. He didn’t get a lot of screen time in The Gifted, but you will see him portray a complex character in this one.

It also deals with an establishment that holds a big secret to how each character interacts with each other, and each person’s love-hate relationship with this establishment.

I would recommend Blacklist, but despite having the same stellar 2 mains Nanon and Chimon, the story is only subpar compared to The Gifted. There’s less mystery and more drama. And more romance than thriller.