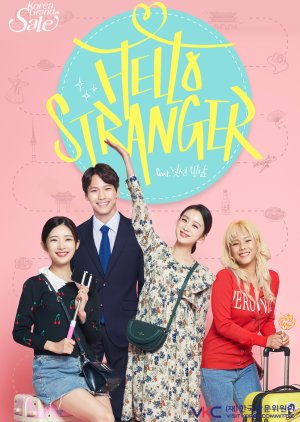 Starring actor Ji Il-joo and Wonder Girls member Hyelim, the global advertisement titled "Hello, Stranger!" will make your heart flutter in the form of a dramatized clip (35 minutes) and teaser trailer (30 seconds). The Korea Grand Sale, a shopping and cultural festival for foreign tourists, is a nationwide celebration of shopping, tourism, and the Korean wave. Foreigners can enjoy a broad range of discounts and benefits, not only in shopping, but also other areas such as tourism, air travel, accommodation, transportation, food and drinks, and entertainment. During the sale period, event centers will be set up to provide tourists with helpful services, including foreign language interpretation, information on events, free WiFi access, and giveaways. Edit Translation 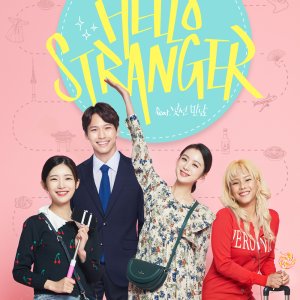 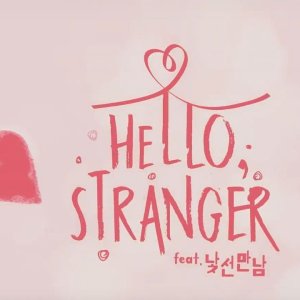 So cliche and practically depthless...

Ok so I decided to watch this mini 1 ep drama special because I just finished watching Mistress and wanted to see more of Ji ll Joo.

Story: Honestly, this plotline is so flat, so boring, and practically depthless. I know it's only 35 minutes long but geez, if you wanted to collect every typical outdated kdrama cliche element together and called it a storyline , THIS would be it. If you think that is cute then go ahead, but I like stories that have more meaning/ insight to it lol. That being said, I do give it a 5/10 aside from all the cringe. It might be refreshing for some but I rolled my eyes SO MUCH in this drama. I just can't. I was literally bored out of my mind but finished it because it was only 35 mins so why not right? Yikes.

Acting/Cast: Ji ll Joo was wonderful in Mistress and his smile captivated me, but in this drama his acting was so bland?? Probably because the character is depthless and doesn't have much to him. Hye Rim was honestly so annoying in this drama, I've never watched her act before but for goodness sake, this role was so annoying. Her character is basically a whiny needy girl. I've watched too many kdramas with strong FLs so this just gave me a headache. Honestly Teramoto was the only one acting decently in this drama, her character was also annoying but at least she seemed like a good friend.

Music: I swear it was the same music over and over again. Annoyed.
Rewatch: this doesn't even deserve a recommendation nonetheless a rewatch value...

Overall: If you're into dramas that have flat characters, a bland storyline, and such mediocre acting then sure. Also, if you wanted something 'refreshing' and 'cute' with all the typical oppa, fangirl, romance stuff then sure I guess.

If you're someone like me who likes to watch more in depth dramas but wanted to watch an actual refreshing, lightweight, cute, meaningful, cheery drama as a break, then omg look somewhere else please. Don't waste your time. In fact, I recommend Marriage, Not Dating over this even though that drama is much longer. This wasn't even worth my 35 mins if I had to be completely honest.

Anyways, no, I do. not. recommend.

If you liked it, good for you. I'm not into this.

New Topic
Be the first to create a discussion for Hello, Stranger