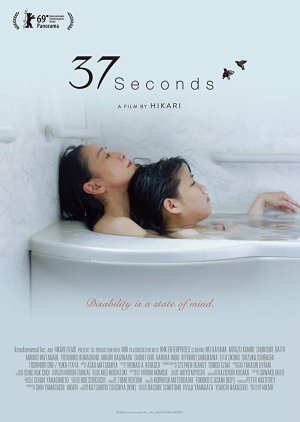 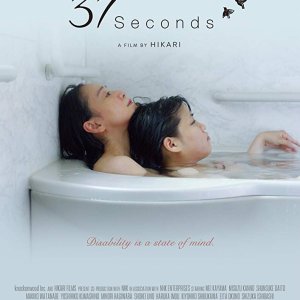 Thoughtful tale of self discovery

37 seconds centers around the life of Yuma, who has cerebral palsy. The story is very well written and touches many aspects of what it means to have a disability. Even though some happenings might seem over the top, the story still feels real and for the whole duration you're feeling with the main character. All the characters over different reactions to her disabilities and the director manages to showcase a positive movie that doesn't highlight the negativity of the disability and instead shows Yuma's journey to self discovery and independence.
The movie has its funny moments and touching ones as well. While the theme of erotic mangas might seem funny and weird, it's usage as a starting point for Yuma is well done.
The acting is very well and considering it is the first work of the lead actress, thanks to the script and production process, her character feels natural. The story was adjusted to the actress who has cerebral palsy in real life and contributed to the narrative of the movie by providing insides to her own experience.
I truly enjoyed the movie and can totally understand, why it won prices and the applause of the audience when it was first shown in a film festival.