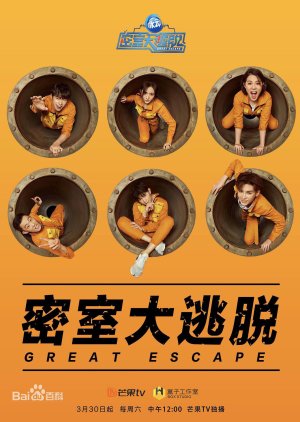 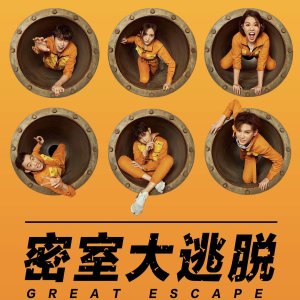 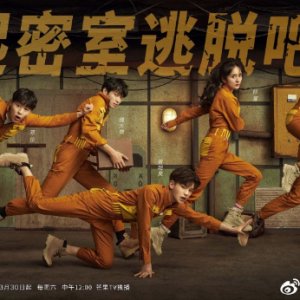 Don’t miss out on this HILARIOUS show! It’s definitely worth it!

This show is SO funny. I watch it RAW without Eng Subs (???? only Ep 1 on YT is subbed) but it’s still hilarious. They did a great job with the casting bc the chemistry is amazing. The natural flow of their reactions and interactions are just so fun to watch.

I have to say, the most unexpectedly, outrageously funny break out star of this show is Deng Lun. I bet the producers themselves never guessed what a funny gem of a character Deng Lun is. Everything from his OCD germaphobia to his fear of EVERYTHING (especially snakes), to his tendency to blurt our random English phrases (“I have a question!” “Oh my god!”) to his versatility in each situation is just simply entertainment at its best. I am not saying this based on any bias, really - Deng Lun is just incrediblly fun(ny) to watch. What makes him great on the show is that he is definitely the brains on the show. The others, like Justin, all do their part to solve the puzzles but Deng Lun is very smart, just very thoughtful, analytical, observant and sharp so he helps solve most of their hardest tasks. And he has a tendency to be rather quiet and more mature in solving his tasks (unless he is scared) which gives him gravitas as a leader. AND based on the most recent episode - he also has muscles when needed. I mean, the guy clearly works out. (Should definitely watch the 5/11/19 episode).

So what makes all of this so hilarious? The fact that he startles on a dime, falls to a near faint at every turn, screams when a bird flies around, openly admits to being scared and cries for his “mama” when he’s scared. ???? I mean, the contradiction really makes for fun tv. All of the cast members tease him endlessly calling him “Lun Ge” or Brother Lun and poking fun at his scaredy-cat ness. But what’s great about all this is he never shrinks from it and embraces the fact that yes, he scares easy but he helps the team make their “great escape” each episode. It’s actually great to see a man not trying to pretend to be tough but acknowledging his fears and stepping up for the team in all other aspects. He really makes this show. I think the producers really got lucky, and if you get a chance to watch it you’ll be in luck too. “Jia you Lun Ge!” ????????????????????

Ongoing 1/13
anisha_288
1 people found this review helpful
Other reviews by this user
0
Sep 20, 2019
1 of 13 episodes seen
Ongoing 0
Overall 9.5
Story 10
Acting/Cast 9.0
Music 7.0
Rewatch Value 10
i found this on the plane and IT WAS SO GOOD - *cliche phrase coming be ready to cringe* words cannot dEsCriBe my love for this srsly deng lun is SOO FUNNY HIS FEAR OF STUFF IS JUST HILARIOUS. although the main reason i watched this is cuz it seemed interesting but also cuz of yangmi denglun and justin. but srsly SOMEONE TELL ME WHERE I CAN FIND THE REST OF THE EPS I NEED TO WATCH THIS