Based on the traditional Korean folktale of two brothers, the old and greedy older brother is Nohl Boo, played by Lee Soon Jae. He is a wealthy real estate billionaire who cares only about women and money. His younger brother, Choon Bo, is kind, caring, and submissive to him. The two brothers have not seen each other for nearly twenty years, since Choon Bo gave his youngest son, Yeong Goo, to Man Bo because he wanted a son. Choon Bo’s wife believes that her youngest son died at birth. Twenty years later, Choon Bo goes bankrupt, and with nowhere to go, asks his brother for help. Living in the small house next to Man Bo’s, Choon Bo brings his three children, his daughter-in-law, and his wife with him. Together they live towards a brighter day. Man Bo’s wife and daughter are eager to make Choon Bo’s daughter, Soo Jin’s life miserable. When Soo Jin and Mi Ree again fight over the same guy, it is no surprise that the nice girl wins. As two families clash over women, men, family secrets and money matters, the good guy teaches the “bad guy” a lesson – just like the Korean folktale. Edit Translation 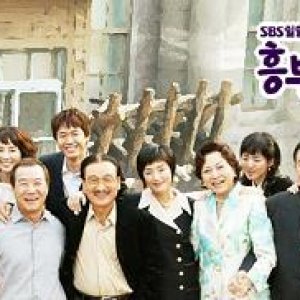