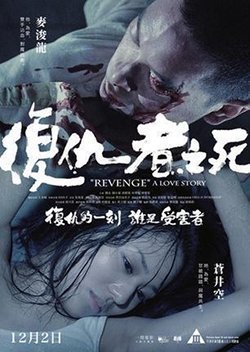 Two gruesome murders occur. Both murders target police officers and their pregnant wives. In each of the murders the pregnant woman's as of yet unborn baby were removed and left to die next to their mother. The killer Kit (Juno Mak) is shortly later apprehended on a bus while trying to flee the scene of his latest murder. Months earlier, Kit is a young man selling steamed dumplings in front of a small neighborhood grocery store. One day, he spots a young woman Wing (Sora Aoi) walking by with her grandmother. Kit falls for the woman at first sight. Wing is mentally challenged high school girl. As Kit and Wing's relationship begins to develop a brutal and tragic act of mistaken identity sets in motion a horrific cycle of violence and revenge. Edit Translation 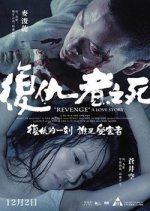 Completed
Yume
0 people found this review helpful
Other reviews by this user
0
Apr 13, 2017
Completed 0
Overall 6.5
Story 6.5
Acting/Cast 7.0
Music 6.0
Rewatch Value 5.0
It's a hard movie to watch actually so before you watch this one, be sure to know if you can tolerate seeing some gore scenes since I wouldn't recommend if you're sensitive (otherwise just skip those scenes like me)

Revenge? Definitely. Love story? Yeah, very small part of the movie since the guy is busy having his revenge. This movie is sad, tragic, fills you up with rage and is full of injustice. It literally made my blood boil and I almost teared up because of the unfairness the police treated a small innocent girl, note the "police". The movie starts out with the main guy, Kit, going crazy with serial killing, which is his first revenge move, then we go back in time and get to see how he fell in love with the cute girl that has a mental illness. After her granny died she had none, so she stayed at a welfare, mental hospital. Poor kiddo wanted to make her happy by taking her out of there by secret, but that's when things started to change and where the police got involved, in a bad way. Some police officers did really bad things, funny thing is that they covered it all up and lied to the upper men. Kit went to jail, came back six months later and started his revenge for what they did.

Would I recommend this movie? I don't really know, it a pretty crazy movie after all, you wont feel any happiness watching this. The ending was super weird. But unless you like some crazy grotesque shit like this movie then go ahead. Otherwise, I wouldn't really.

New Topic
Be the first to create a discussion for Revenge: A Love Story