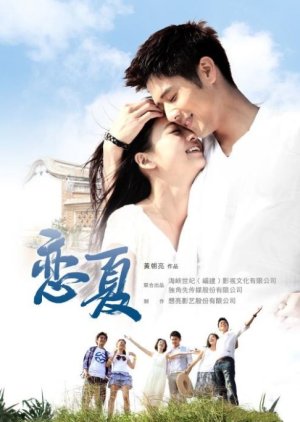 Summer is the height of tourist season on the island of Kinmen. In one particular summer, national pianist champion, Chen Wen Qing, came to the island to spend her summer vacation. Local boy, Lin Ming Kuan, was her tour guide. As their adventures on the island went on, Kuan gradually fell in love with her. Yet, he never revealed his feelings. He didn't think he was good enough for her. He even pushed her away when he discovered that she felt the same way for him. However, her unwavering love finally demolished his defense. They spent the rest of the summer being happily in love. When the summer came to end and Qing must return home, she promised to email him everyday and come back the next summer. Next summer came. Qing returned to the island as promised. But, Kuan started to feel there is something different with Qing... Edit Translation 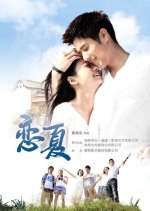 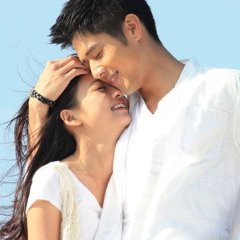 Completed
leahakiko
6 people found this review helpful
Other reviews by this user
0
Jul 18, 2013
30 of 30 episodes seen
Completed 0
Overall 7.0
Story 7.0
Acting/Cast 9.0
Music 8.0
Rewatch Value 5.0
I absolutely adore Gui Gui and George Hu. I saw the long preview for this and was excited because the story looked pretty interesting. After finally finishing this 30 episode drama, I am left pretty disappointed to be honest.

This drama started off pretty well. It kept me hooked for the first 10 episodes. After a while though I found myself skipping parts through out the episode because it just seemed pointless and was just dragging out.

The ending. Oh geez the ending. It definitely wasn't..how I thought it would end. I mean, if you read the plot you can pretty much predict what will happen but I feel like they should've used more episode to explain the story towards the end. That may sound confusing but if you watch it, it'll make more scene (i dont want to spoil the ending)

I loved the cast though. Gui Gui & George's acting was spot on. Their chemistry was perfect. The supporting cast was perfect too. The parents, friends, other love interests, i loved them all.

I would recommend this drama to others but I honestly give them my opinion on it. I wouldn't watch this again though

Completed
cityhunter
7 people found this review helpful
Other reviews by this user
0
Jul 11, 2013
30 of 30 episodes seen
Completed 0
Overall 5.0
Story 5.0
Acting/Cast 7.0
Music 4.0
Rewatch Value 2.0
now before you dismiss this review as useless b/c i didnt watch the entire show hear me out. no one has written a review for this so i decided to as i have seen over half and then the end. at episode 12 i started having to skip through about half of each episode. after five episodes of that i decided to skip to the end to see if it was worth finishing.


it starts slow and pretty much stays that way.the tension never quite feels urgent to the viewer. at 30 episodes there is alot going on that you are supposed to care about that you just don't. the plot also takes several abrupt turns that are more annoying than exciting or intriguing. it has it's moments but over all it never got me going.


the cast are all fine and funny, George Hu being a delight to watch. he isnt just pretty on screen he is one of the most natural, comfortable actors i've seen in asian drama. it's not at all unusual for an actor to be good at the big emotions like sorrow and joy. But for some reason often when an actor is just supposed to be sitting there, portraying those little conversations we all have every day or even just laughing with friends, it seems very forced. not so with George Hu.

which is what made the end soooooo awful. the end of the show is just horrible and the motivations behind people's actions are murky nonsense. A Kuan's reaction is spot on but some of the dialouge and imagery is so ridiculous as to render his response to events comical. it's sad because he delivers such a believable performance over all.