House of Harmony and Vengeance (2012) 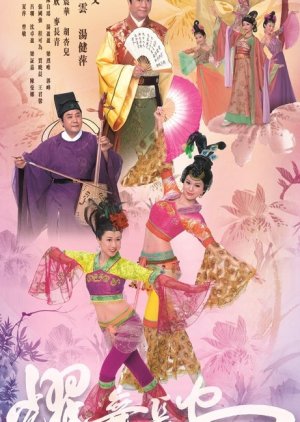 The drama centers around a group of musicians and dancers from the Imperial Music Bureau during the prosperous Tang Dynasty of China. Edit Translation 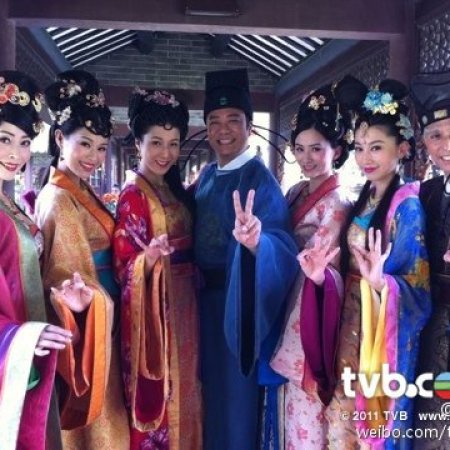 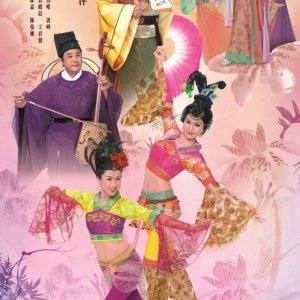 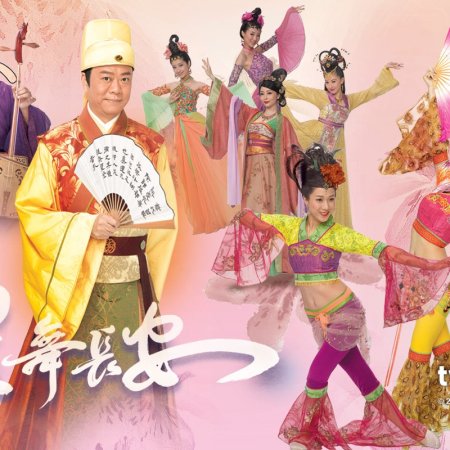 It's a fun series if you can look past some TVB tropes, rocky pacing, and a lack of chemistry between one female lead and the male actors. This series deserves better than the 6.6/10 it currently has; landing closer to an 8-8.5. The cast, lead and supporting, for most parts do a good to great job (especially Mak given 2 weeks to prepare). Who you root for in this series probably says something about your values as the show doesn't present a pure "good guy".

Plot : See last point, it's a long one so I put it last

Of the 4 main artists (Bobby Au Yeung, Myolie Wu, Linda Cheung, Evergreen Mak) , one stood out like a sore thumb. That artist was Linda Cheung. She was asked to play a cool and calculating type character, in an ancient-setting too, and she just wasn't convincing for most of the 30 episodes. Bobby always gives solid performances and this time it was no different with his mostly-good character. Myolie played her naive, headstrong, and "heart of gold" character perfectly. Evergreen Mak continues to deliver great performances as a lost man desperate to find his past.

Mak should also be applauded for his performance given he was a last minute substitution in his role. Moses Chan dropped out and TVB couldn't find a replacement they wanted. Bobby Au - Yeung suggested Mak TWO WEEKS before the series was to film and Mak still performed to his high level.

The most unfortunate part of the 4 main artists' performances is that there was 0 chemistry between Linda and the two male actors. Like I've seen more chemistry between a cat and a paper box. Myolie had surprisingly good chemistry with both Bobby and Evergreen (not the first person you'd imagine her wit, but it worked). Bobby and Evergreen play off each other well. Myolie and Linda are convincing friends, and even better enemies.

Supporting cast wise - no real standouts as everyone played their role convincingly. If I had to pick a good standout - it'd be the Kwok Fung who played Bobby's dad. A bad standout - JJ Jia, who was had maybe 5 expressions on the show she cycled between (scheming, sad, jealous, gleefully evil, & happy).

1) TVB Tropes Galore - I swear in almost every TVB show, secrets are always overheard by people standing outside the door as the occupants loudly discuss their innermost thoughts with the door open. Another trope? Trying to make an ancient show more "cool" by adding unrealistic modern elements. A "spa" ran by pretty boy William Chak who is a "fashion consultant"? Sure, there may have been bath houses with springs - but no way would a women's bath house be ran by a single male.

2) Biggest TVB Trope - The super rushed happy ending. This show has it. You'll know it when you see it.

3) An interesting conundrum - The rushed ending actually wasted an interesting part of this show. There really is no, pure "good guy" in this show. Everyone has their selfish motivations and at one point acts on it, leading to harm of others. Yes, sometimes they will try to cushion it by protecting certain people but every character at one point lies and harms another person/group. Who you root for on this show reveals something about your personality, in my opinion, and your values in terms of love, family, career etc.

4) Pacing issues - There are strong and weak storylines in this show. The show will build up the strong storyline and then suddenly throw some side story in there that you frankly probably don't care about as you want the big storyline resolved. You especially spot it in the last 5 episodes. Without some side stories thrown in, this could probably have been a 28 episode series that paced really well.

5) Linda's lack of chemistry - As mentioned above, Linda really didn't hit off with either male actors. It's unfortunate cause chemistry (you know, the thing that convinces viewers to root for certain romantic storylines) is so key for a show with it's main story-line partially centered around a romantic triangle (or square). Myolie could have ended up with either male leads and it would have made sense cause the chemistry was just there.

6) Timing - TVB broadcasted "Daddy Good Deeds" less than 1 month before HoHV. A lot of reviewers I've seen complained about the age difference between Bobby and Evergreen with Myolie and Linda. The age gap is realistic for an ancient series, but releasing a series where Linda and Mak were siblings less than a month before this one - where they share a romantic storyline - is just shooting yourself in the foot.

7) That's a catchy theme song and yes it's stuck in my head.

8) I have no idea how Moses Chan or Bowie Lam would have played the Ko Yun/Bo-Lung role since they look nothing like Bobby Au Yueng. If the script wasn't changed for them, physical resemblance between the main male actors were key.

Synopsis (the set up is long, I apologize but it's a complicated back story they wrote):

Tai Ming-But (Bobby Au Yueng) and his family accidentally kills the son of a minor lord as they defend Ming-but's sister from being raped. To escape pursuing police, Ming-But swaps clothes with Kin Bo-Lung (Evergreen Mak) at a bath house, unintentionally leading the guards to kill Bo-Lung and his father. Ming-But takes the identity of Bo-Lung as Ming-But discovers Bo-Lung and his father were on their way home so Bo-Lung could become director of the Palace endorsed Cheung Lai Yuen performance group. He's also very interested in the prize money awarded to Cheung Lai Yuen performance group if their lead dancer win's the Emperor's pageant.

As Ming-but struggles (in a comedic fashion) to sell himself and run his new troupe as Bo-lung, he finds that Bo-lung had a wife betrothed to him before he moved. Bin Yuk-yin (Linda Cheung), the daughter of a great general and co-lead dancer of another performance group, is furious when Bo-lung writes to her to annul their marriage arrangement. She plots for revenge, to seduce him and then embarrass him. Meanwhile, the real Bo-lung wakes up at the morgue with amnesia. He stumbles to his hometown but nobody recognizes him. He befriends Lei Tsoi-shan (Myolie Wu) - a coal selling tomboy known for her hard work and unibrow. Tsoi-Shan's mom wants her to become a dancer at Cheung Lai Yuen as she knows this will be the only way for Tsoi-Shan to reunite with her long lost father.

Bo-lung struggles to feed himself , but finds he can cook and is a musical genius once drunk. Ming-but, as fake Bo-lung, hires the real man write music for Cheung Lai Yuen and renames the real man "Go Yun" (meaning "master" in Cantonese). However, Go Yun only wants to cook and try to remember who he is. Go Yun also can only remember one scene from his past - a beautiful young woman dancing in the fields- who turns out to be Bin Yuk-yin.

As the show continues, the four main characters move closer to their goals but not without sacrifices. Will the friendships and romantic relationships they form survive as truths come to light? Will friends turn into enemies as personal goals seem to be on collision paths?