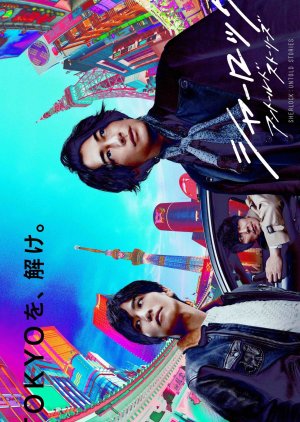 Set in present-day Tokyo, Homare Shishio works as a freelance crime consultant. From an early age, Shishio has been fascinated with original sin and how people become criminals. He is a genius, with an impulse to commit crimes. Shishio works on police cases that interest him and does private investigations for clients. Wakamiya Junichi is a psychiatrist who is attractive, smart and cool-headed. He meets Shishio when they both assist the police with a murder investigation at his hospital. At first, Wakamiya thinks Shishio is ignorant and arrogant, but as they work together, he becomes more comfortable with Shishio’s quick mind and quirky ways. (Source: AsianWiki) Edit Translation 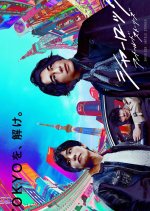 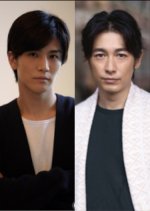 A solid retelling of a loved story with strong performances, and a really handsome Shishio...

Shelock: untold stories takes the classic story and inserts a unique japanese's point of view that makes it refreshing enough to be fun to watch even if you've already seen every single adaptation there is of the dramatic queen of the 19th century. So, because it's a retelling I'm gonna focus on that, on how the sherlock lore is proyected on it and why is it good. for me. But maybe you're asking yourself what if I just like a good detective story, I'm not a fan of sherlock holmes and just looking for good jdrama to watch, would I like this? I'm gonna try to answer to that too.

Let's start with my favorite thing, the characters, whatever they're adapted or original they nail most of them. There's an evolution and you see them changing with the episodes and it's great to have a drama focusing on character growth. There's no bad acting in anyway, it's solid all the way. Dean Fujioka is such a good Sherlock! Shishio stole my heart from episode 1, he is classic with the hobo clothes and so fun to watch go around, doing his things, being a drama queen, he is adorable, nice and heartwarming. ALSO CAN WE TALK ABOUT HOW HOT DEAN IS? Wakamiya, on the other hand, I didn't like him at the beggining it was too simple and too bland for me, but half way through he started to felt like a real companion and a friend to Shishio, someone who did something at least. Etou is an amazing secondary character and so are the other support cast.

Now the story: this's a 'case by episode' kinda thing so besides some little things here and there, there's no real continuation in the general plot. And here lies one big flaw the drama has, in the early episodes the cases are very forgetable, there's no point in watching for the detectiveness of the series because its kind of bad, and I even would say that there is none; they are very easy cases, you know who did it by the first 5 minutes so even Shishio doesn't have to explain anything, it kind of goes like this: there's a murder, there's like a little thing that's wierd and gets Shishio interested, there's a woman/suspect acting not very normal aaaaaand that's it. Don't get me wrong, it's still fun to watch but it's not very innovative in terms of writing. BUT IT DOES GETS BETTER, episode nine (if anyone care) was my favorite because it nails the classic 'who done it' and it's so simple that it fits perfectly with the drama, it plays with the characters rather than with the story and it does so much with a single stage, Shishio felt more connected with the secondary characters and with the mystery itself, anyway it wasn't twisty or anything but it felt so good.
*Hardcore spoilers ahead* The finale is mediocre at best, Moriya is the weakest character, he doesn't do anything to make you afraid of him and his power, It's bad, really bad and not in a villain way. I though they were going for Etou-san being the real Moriya and that would've been so freaking cool! the reaction that we could have had! but no, we had that... what a loss. Also that "death" was so wrong, I appreciate the reference to the waterfall but that was a 5 meter fall, bitch you swim! It doesn't ruin the rest of the drama for me but it still shitty they did that.

SO ANYWAY.... The music is also great, bringing the classic back is nice and those violint scenes are just perfect. So... if you want to enjoy a simple detective story with nice characters and good perfomances this is for you. AND if you are a fan of Sherlock Holmes and doctor Watson it's a fun new way to see the characters that are loved so much around the globe, so definitely don't miss it, it's not perfect but your time will not be wasted.

New Topic
Be the first to create a discussion for Sherlock: Untold Stories 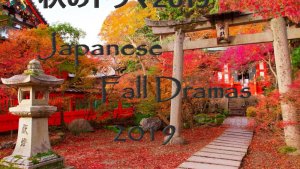