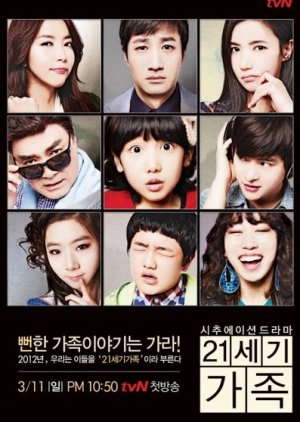 Here comes the story of a heart-warming and down-to-earth modern family! Duk Hwa, a former celebrity who married a hot wife who is 20 years younger than him. Keum Pyo, a first-born daughter in her second marriage after a failure of her first. Eun Pyo, a second daughter who's down-to-earth and born to love a man. Dong Pyo, a bigmouth phony-baloney living his restless youth. These outrageous members reveal their stories as their family feud unfolds. Edit Translation 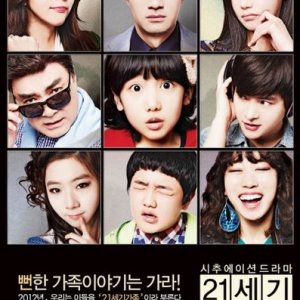 Completed
DBSK
4 people found this review helpful
Other reviews by this user
0
Aug 4, 2014
8 of 8 episodes seen
Completed 0
Overall 7.5
Story 5.0
Acting/Cast 9.0
Music 7.0
Rewatch Value 8.0
I'll start off by saying this, be it a bad or a good day, this drama will not fail to make you laugh! I watched it in one go and I'm glad they went with eight episodes. It was light and refreshing. I know this was supposedly a remake of Modern Family as well.

Story:
5/10 - The story was actually nothing special. It was funny and the characters were even more hilarious, but I have to say that it didn't stand out one bit. It's basically about a family and its many internal struggles. The drama touches upon a lot of topics - mental illnesses, weight problems, an old couple's struggles, puberty etc.

Acting:
9/10 - The acting was great. All of them did a phenomenal job. The reason I didn't give it 10 however, is because one of the actresses annoyed me way too much. I won't spoil, but if you listen to the way she speaks, you'll know.

Music:
7/10 - There really wasn't a lot of music and the two songs that were there, were okay. I gave it a seven because the one Seulbi sings is actually quite the song.

Rewatch Value:
8/10 - I'm going to be honest and say that I was up late and that it was the reason why I decided to watch it. By the end of it, the drama did get a little repetitive, hence the 8.

Overall:
7.5/10 - It's worth watching. The characters are fun and the story, heart warming. If you're having a bad day, this is a good pick!