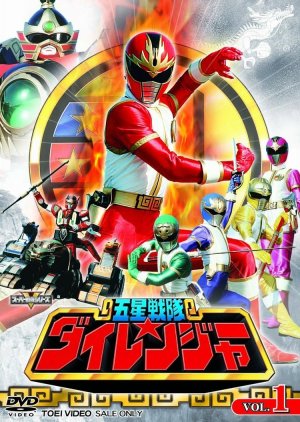 Eight thousand years ago, the Daos civilization flourished in Southern China. The civilization consisted of three tribes: the Dai, the Shura (the ancestors of today's humanity), and the Gorma (the military tribe); they lived harmoniously. However, one day, the Gorma Tribe decided to take over the empire and the world. Thus began the war between the Gorma and Dai tribes. The battle continued for 5,000 years, led by the Gorma Triumvirate. The Mythical Qi Beasts appeared to oppose the Gorma, whose magical powers had increased, enabling them to turn themselves into monsters. Five Dai warriors' Qi powers had increased to the point where they could control the Mythical Qi Beasts. The war ended with the disappearance of both the Dai and Gorma tribes. In the present day, the Gorma Tribe, one of the Daos' two missing branches, arose to take over the world. To counter them, Master Kaku assembled a team of five youths with high levels of Qi, who became the Dairangers of the present time. (Wikipedia) Edit Translation 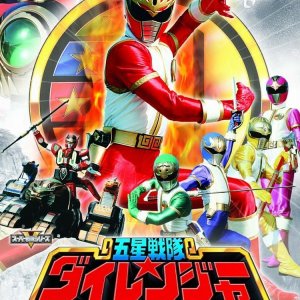 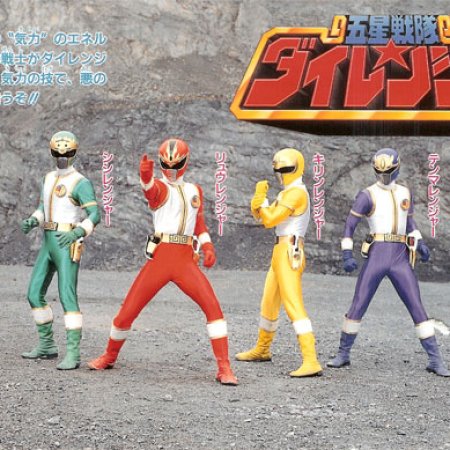 Completed
AliAkhbarKhan
0 people found this review helpful
Other reviews by this user
0
May 7, 2017
50 of 50 episodes seen
Completed 0
Overall 8.0
Story 7.0
Acting/Cast 8.0
Music 9.0
Rewatch Value 7.0
I watched Dairanger as study material as I am a filmmaker and have a slight interest towards Japanese film, as of writing this review Dairanger is the only sentai series I have completed and I am more than halfway through Maskman so I also have that as a reference in terms of what I have seen in regards to the Super Sentai Series.

The series starts straight to the point which is great for some people but I personally would have preferred a bit more build up in regards to plot. Dairanger has an overall really great story which would otherwise have been near perfect if it wasn't for some major flaws in regards to the unanswered questions left at the end of the series which really docked some points but the overall story was so good that I can swallow the bitterness of the ending. What I really liked about this series compared to what I have seen from other super sentai series as well as power rangers is that this series is not afraid to do an episode without the megazords and the rather than the megazords feeling like toy commercials they are integral to the plot for the most part and I cannot see this series without them. There are episodes where the rangers are not even in their suits for an entire episode which really breaks the mold when compared to other sentai and power ranger series.

The acting is really great and I was genuinely surprised how the acting complimented with the story leaving me with wet eyes at some points. The adults actors are great aside for maybe a couple and the two main child actors are also really good and when they were on screen I was not rolling my eyes but rather captivated by their performances. That being said, pretty much every other child not a part of the main two are not so great but they are few and far between so it's fine.

The music is some of the best I have heard in a live action series and I have searched the internet for the OST tracks the opening and ending tracks are a bit cheesy though but everything else is genuinely amazing.

Overall Gosei Sentai Dairanger is a really great series and I recommend it to anyone who is a sentai or power ranger fan or someone looking for a starting point as this was my starting point into the sentai series and has made my a huge fan.