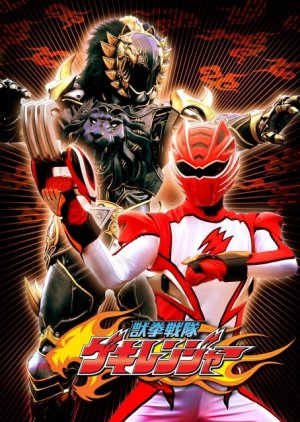 Four thousand years ago in China, a form of kenpō martial arts called Jūken (獣拳, "Beast-Fist") was developed. It was created by a man named Brusa Ee, who came to Japan and built the hidden village Jūgenkyō (獣源郷, Beast Origin Village). Jūken is a martial art in which one mimics the abilities of animals as well as trying to attain spiritual peace. However, dissent grew among the creator's ten students. Three of them believed that they should use the suffering and hatred harnessed within humans to increase their power, using their power to assume their monstrous forms; the Three Kenma. After Brusa Ee was murdered, the Kenma gathered followers to practice an evil form of the Jūken style known as Rin Jūken Akugata. The other seven students believed that true strength should come from within and engaged their former friends in a great war, ending the fight with a forbidden technique to seal the Kenma' powers at the cost of losing their own human forms in the process, becoming the Seven Kensei. Followers of the Kensei created the Geki Jūken Beast Arts school: the Jūken of justice whose sport discipline enhances the human body with the self-produced positive Qi called "Geki". It is taught by Grand Master Xia Fu, one of the Seven Kensei, using a sports goods company named "SCRTC" as a front. By present time, a fallen student from the Geki Jūken school named Rio turns to the Rin Jūken style, rebuilding the Rinjū Hall and brought the long-dead Rin Jūken users back to life as kyonshi to collect Rinki, Geki's polar opposite Qi, in order to resurrect the Three Kenma so that through them, he can become stronger. To fight the new Rinjū Hall, Xia Fu had been training two youths: Ran Uzaki and Retu Fukami. Along with Jyan Kandou, a feral boy raised by tigers in the woods near Jūgenkyō, the Gekiranger team is formed and later joined by two other Geki Jūken users, Gou Fukami, Retu's brother and master of the Geki Jū Wolf-Ken style, and Ken Hisatsu, a genius master of the Geki Jū Rhinoceros-Ken style, to save the world from the Akugata's ambitions. However, an even greater evil is using the two sides for its own agenda. Toei Company's thirty-first entry in the Super Sentai franchise. Production began on September 29, 2006 with principal photography beginning on October 6, 2006. It premiered on TV Asahi on February 18, 2007, and concluded its airing on February 10, 2008. Its footage was used for the American TV series Power Rangers Jungle Fury; both shows had scenes simultaneously shot in New Zealand. Gekiranger was dubbed into Korean as Power Rangers Wild Spirit for South Korean television. The catchphrase for the series is "Aim high, learn, change!" (高みを目指して、学び、変わる！ Takami o mezashite, manabi, kawaru!) Edit Translation 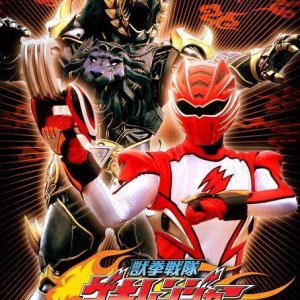 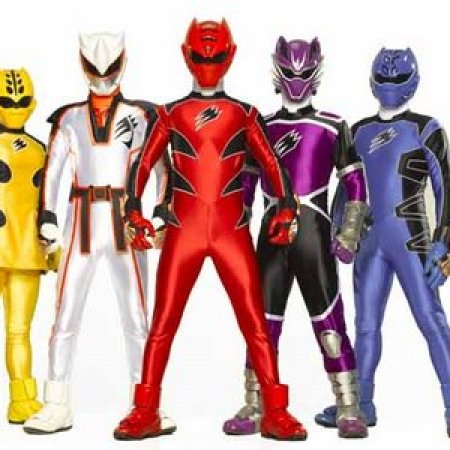