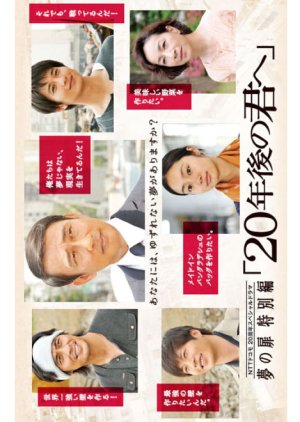 Sawada Yuichiro (Nakai Kiichi) is an elite salaryman handling the overseas infrastructure business at a top trading firm. His beautiful wife, Yoshino (Harada Mieko), is a good cook. Their son, Daichi (Tanaka Kei) is a Tokyo University graduate who is working at the Ministry of Economy, Trade and Industry, and their daughter Mariko (Kutsuna Shiori) is studying at Washington University. It is rumoured that his own promotion to higher management is close at hand and he believed that all was smooth sailing. However, Sawada’s life is about to change drastically because of a business trip to Bangladesh. In Bangladesh, he encounters Mariko who should be in the United States. She tells her shocked father that she is volunteering with Ishikawa Kazuma (Mukai Osamu) who is sponsoring an NGO that helps Bangladeshi children, and speaks of her dream of doing something for the people to enrich their lives. But Sawada is against it. Fed up with her father, Mariko unthinkingly blurts out that Daichi and theirmother are unhappy with him. Upon his return to Japan, Sawada is told by Yoshino that Daichi resigned from the ministry a year ago, and is now working part-time as he studies design. He raises his voice when she asks him to support the dreams of Daichi and Mariko children. Then, he hears startling words from his wife of many years. “I would like to try living my own life.” The next day, Sawada visits the landscaping company where Daichi works. The owner, Nakayama Kota (Sakaguchi Kenji), works to create walls with natural stone. Daichi says his dream is to create the “strongest wall”. Meanwhile, Sawada is suddenly informed that he is suffering from cancer. He worked hard for the sake of the family, and yet he had found that it was falling apart … … Sawada decides to support his family’s dreams with what remains of his time. Edit Translation 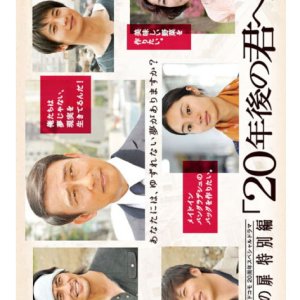 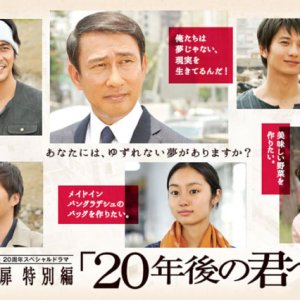