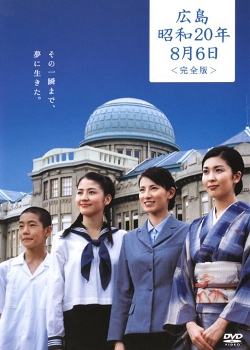 The story is narrated by Nishida Toshiyuki's character at the Hiroshima Peace Memorial Park. A story during the summer of 1945 (60 years earlier). At one time a row of shophouses and private homes lined the vicinity. That was where the Yajima family resided - four merry, close siblings who were orphans. Matsu Takako (Yajima Shinobu) plays the oldest daugther who runs the Yajima family inn after the death of her parents while looking out for her younger siblings - Kato Ai (Yajima Nobuko), Nagasawa Masami (Yajima Maki), Tomiura Satoshi (Yajima Toshiaki). Harsh, painful ordeals visit each of the Yajima siblings during the war. Their only brother is called to go to war. Days later the sisters see Toshiaki off at Hiroshima station... (Source: wiki.d-addicts) Edit Translation 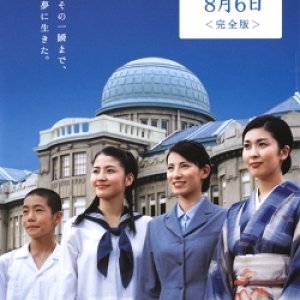 The movie is a little bit like a documentation. It tries to connect the current neglect of the past by the young generation with the feelings and the pain of Hibakusha and the people who were influenced by the bombing.

This movie is a little bit like a memorial for the dead which should remember us to never do the same mistakes again. The message is clear: "No more (nuclear) war!"

The authentic acting is connected nicely with the sad story.

I like to see the differences between the historical Hiroshima city coulisses of 1945 and the real pictures of 2005. It generates hope to see that people can develop and reconstruct even among the hardest conditions and after feeling so much pain.