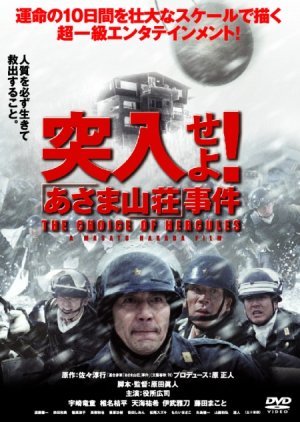 In February 1972, five members of the Japanese Red Army lock themselves up in a mountain lodge in Karuizawa called Asama Sanso, taking the wife of its proprietor hostage. Sassa Atsuyuki (Koji Yakusho) of the National Police Agency is put in charge by his chief (Makoto Fujita), and rushes to the scene. The case is supposed to be resolved in a few days, but the police do not get permission to use guns, and in addition, there is the severe cold and continuous antagonism between the Metropolitan Police Department and the Prefectural Police, making things extremely complicated. On the tenth day, in an attempt to force a breakthrough, they eventually use a wrecking ball that is operated with a crane truck to break down the outside wall of the lodge, then start to charge in. However, the crane breaks down halfway through, hampering the continuation of this strategy and the ranks fall into confusion. After the head of the riot police sacrifices his life, Sassa takes his place at the forefront and continues the siege. Under his command, the riot police finally raids the room where the kidnappers are. The radicals are all arrested on the spot, and the hostage is safe and unharmed. Edit Translation 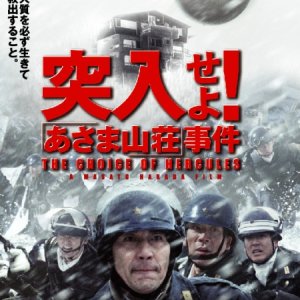