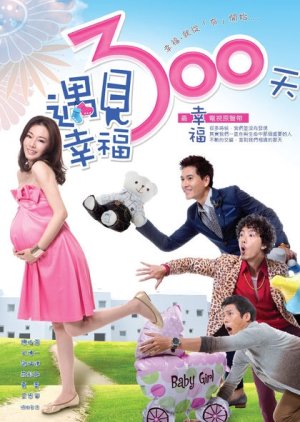 When a woman discovers she's pregnant with her ex-boyfriend's child, she decides to return to her hometown to have the baby. There, she meets three men who, each for their own reasons, are also escaping to this town to avoid dealing with their personal problems. Although they are meeting at the worst time in their lives, they help one another learn to be selfless, brave, and trustworthy in love. Edit Translation 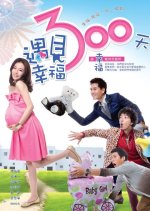 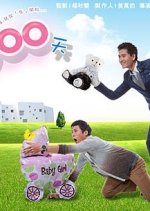 Completed
medzyify
3 people found this review helpful
Other reviews by this user
0
Feb 7, 2015
15 of 15 episodes seen
Completed 0
Overall 9.5
Story 10
Acting/Cast 10
Music 10
Rewatch Value 10
i recommended to watch happy 300 days. It's a lot of humor & very touching individual story. Chen Tammy & Wang Kingone they have great a chemistry and the supporting cast they are great also... They're acting so natural maybe i watched this in near future....
.
Was this review helpful to you?

Completed
pktljames
0 people found this review helpful
Other reviews by this user
0
Dec 14, 2019
15 of 15 episodes seen
Completed 0
Overall 8.0
Story 8.5
Acting/Cast 9.5
Music 9.0
Rewatch Value 8.0
This review may contain spoilers
First off, let me just say that this show does have a lot of the silly trope things that you often see in #TDrama. There are some silly parts, crazy daydreams, a character that is VERY over the top at times, and a meddling (though good hearted Mother).

However, the plot of this show is a bit different than I expected. It started out pretty much like I thought it would, but it took some turns that I wasn't expecting.

First this show deals with the reality of the pain the abortion causes...not just to woman, but also for the man. And it lasts far longer than anyone might expect affecting lives for years to come. I was highly impressed that they didn't gloss over any of that. It's painful...it's a death...and should not ever be treated lightly. I was extremely glad that where many shows (especially in the US) treat it as no big deal, this one chose to deal with the pain it causes. I feel that part of the story might be the most important thing this show does. Some might feel that it was too much, but I feel like they were pretty accurate in the way it was portrayed.

I also liked the found family aspect of the show. I enjoy when friendships are well portrayed and where you get to watch them grow. They are not perfect, but they are an interesting part of the story.

I thought the noble idiocy was a bit much in this series. It doesn't last a long time, but it's a bit difficult to fully grasp in parts. They two people seem to want to work together through issues so the fact that there is a time where they don't is hard to understand. There is a happy ending though...just wait for it.