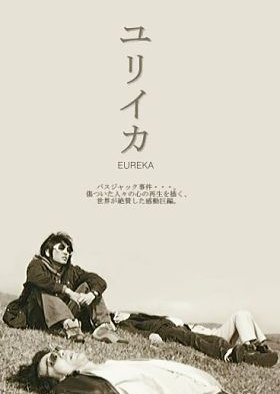 Eureka begins violently, as a crazed businessman hijacks a bus and shoots anyone who tries to make a run for it. The bus driver (Makuto Sawai)survives, along with two young kids, an older brother Naoki and a younger sister Kozue. Two years later, their mother leaves for another man, and their father dies in a car accident. The kids don't speak a word to anyone, but can communicate to each other telepathically. Meanwhile, Makuto's wife has left him, and he has trouble holding down a job. So he sets out to locate the two kids. Finding them parentless, he moves in with them and helps to feed and take care of them. At the same time, a mysterious murderer is on the loose, targeting young women, and Makuto becomes the prime suspect. He's arrested for a short while, but gets out on bail. A cousin Akihiko, comes to live with the strange family as well. After a while, Makoto buys a sort of camper bus and the foursome set out on a road trip. Makoto becomes increasingly sick and coughs all the time, and the identity of the murderer is eventually discovered. Edit Translation 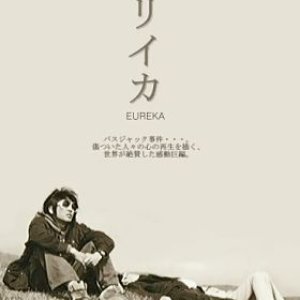 New Topic
Be the first to create a discussion for Eureka