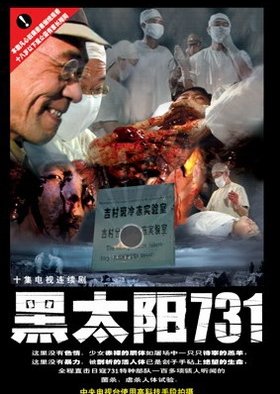 "Men Behind The Sun" is based on the true story of the prison camp, Manchu 731, where people were subjected to tremendous horrors. The film opens with the passage "Friendship is friendship; history is history." Mou said of the quote, "that's the argument [I had] with the [Chinese] government, because the government says 'no, we have a friendship with the Japanese', I said 'well, you can talk about your friendship, I am talking about history.'"[1] The film follows a group of Japanese boys who have been conscripted into the Youth Corps. They are assigned to the Kwangtung Army, and are brought to one of the facilities serving Unit 731, which is headed by Shiro Ishii. Soon, they are introduced to the experiments going on at the facility, for which they feel revulsion. The purpose of the experiments is to find a highly contagious strain of bubonic plague, to be used as a last-ditch weapon against the Chinese population. Edit Translation 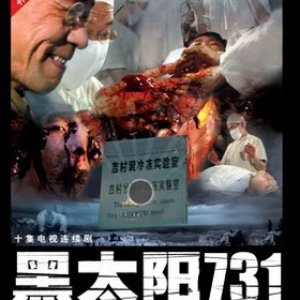 Completed
tb_90
3 people found this review helpful
Other reviews by this user
0
Oct 29, 2013
Completed 0
Overall 7.0
Story 8.0
Acting/Cast 8.0
Music 7.0
Rewatch Value 1.0
It's hard to review a film like this because it's one of those films which takes a long time to think about. I've put off writing about this for some time but I do want to write about it. Not only is it one of the most disturbing, depressing and disgusting films I have ever seen, it is also extremely powerful and surprisingly well-made. The director goes to many lengths to make this more than an exploitation film, but at points it can't escape being an exploitation. T.F. Mous (director) gives this a documentary feel as he (loosely) chronicles the true events that occurred during World War II at Squadron 731, a Japanese experiment facility where they tested biological weapons on Chinese and Russian prisoners of war.

Before watching this movie I had heard and read countless reviews about how disgusting and vile the movie is. I had heard plenty about the violence and gore and how bad it was. Having seeing countless exploitation and splatter movies before I honestly didn't know what to expect considering this was meant to be one of the worst. This movie is much more than gore, though, it is a brutal re-telling of some of the worst war crimes committed. The acts of torture and murder are all spaced throughout the movie because in between T.F. Mous tries to develop the story and characters. He goes into some detail about the Youth Corps and their training, he tries to flesh out some of the young ones and the commanding officers and even some of the prisoners. It shows he is more than just a director trying to create a shlocky horror movie, but someone who wants to tell an accurate account of the atrocities humans can commit so easily.

That is not to say the gore is weak, all of it is realistic (too realistic) and disturbing. Just the thought of some of it makes me feel sick and cringe. It's enough to turn most people off food for awhile. However, one of those instances of gore put me off enough to deduct 3 marks off the movie. The use of real animals in two scenes completely disgusted me. I have always stood by my opinion that real animals should never be killed for the purpose of a film and in this case it is no exception. Aside from that it is one of those movies you must see before you die, only once, however.