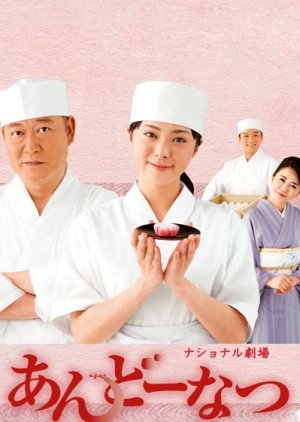 Ando Natsu, whose dream is to become a patissiere, finds herself jobless after the shop owner's sudden death. She goes to Tokyo in search of another job at a confectionery but the recruiting period has just ended and there are no available positions. This is when she makes her first encounter with the well-established Japanese confectionery "Mangetsudo". It is run by the veteran confectioner Umekichi, Takezo, and Mitsuko, and they happened to be looking for a part-time worker. A number of chance events follow and Natsu starts working at Mangetsudo. Although her job is to serve customers, Natsu becomes interested in the world of Japanese confection. Having only worked in cake shops, everything is new to her and she is gradually drawn into the deepness and profoundness of Japanese confection. --TBS Edit Translation 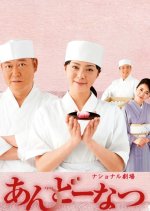 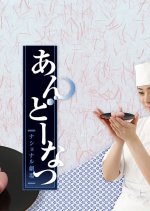 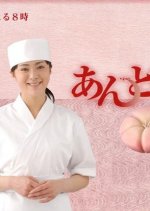 It is not for people who like heavy drama, mystery, suspense, or romance.

It's the type of drama you could watch with your 8 year old cousin.

The town of Asakusa can be considered an additional character in this drama. After watching a few episodes, I researched Asakusa to understand a little bit about its history. The beautiful wagashi they made in the shop act as a Greek chours.

The characters are down to earth, but slightly idealistic and don't evolve much. I grew to sympathize with each of the characters and found myself invested in their lives and community.

This story is about family, personal struggles, depending on others to support you and finding the ability to support yourself. A little bit like the After School Specials we had in the US. I would suggest this drama to someone looking for a light hearted, family centered story. 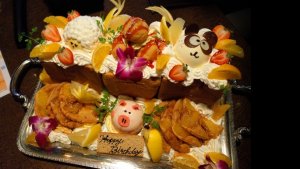